Hotels in New York City have to know how to serve everyone from broke students to foreign royalty. That diverse market creates a huge gap between hotels. When you want to find truly luxurious accommodations, you can rely on these hotels to exceed your expectations.

The St. Regis New York is a beautiful hotel with a great location near 5th Avenue’s shopping district. The chandeliers, opulent furniture, and well-dressed staff only hint at the hotel’s most important feature: guest services. The St. Regis New York is so luxurious that guests have access to 24-hour on call butlers. If a guest wants someone to draw a bath at 3 AM, the butler will come to perform the service happily. It’s like vacationing in a mansion. It’s definitely a top contender for being one of the coolest and most extravagant hotels in the Big Apple. 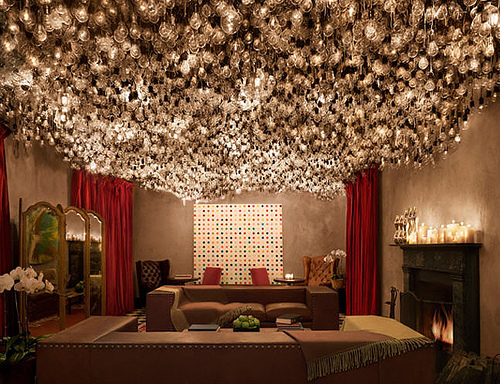 Gramercy Park Hotel offers the kind of luxury that sensitive people will appreciate. It has a rich history that adds character to every room. Humphrey Bogart and his first wife were married at the hotel. Members of the Kennedy family stayed at the hotel for several months. Several famous writers and performers have lived in the hotel. Travelers who want that sense of history will flock to Gramercy Park Hotel, which still offers the exceptional services that attracted so many of the rich and famous during the 20th century.

Gramercy Park hotel currently offers some of the city’s nicest accommodations in an area that gives guests a quiet refuge from the hustle and bustle of Manhattan streets.

Every list of luxurious New York City hotels must include the Plaza. It’s an institution that defines luxury accommodations and services. After receiving a $400-million renovation in 2008, the Plaza is nicer than ever. The Plaza is an exclusive hotel, but that exclusivity means that guests can take advantage of services like a private Rolls Royce, 24-hour room service, and a 24-hour butler. This hotel was made for people who expect a higher level of luxury. It’s hard to imagine that anyone ever feels underwhelmed by the Plaza.

The Mandarin Oriental has one of the best locations of any hotel in New York City. Its address on Columbus Circle puts it right across the street from Central Park. Guests can easily walk to some of the city’s best features, including the Lincoln Performance Center and the Museum of Modern Art.

Guests who want to relax have access to one of the city’s best spas. The spa’s long menu of à la carte and package services including facials, manicures, pedicures, and full body massages. The spa even has bento box lunches for guests who want snacks after hours of pampered service.

Have you ever stayed at one of these luxurious New York City hotels? What features impressed you most?