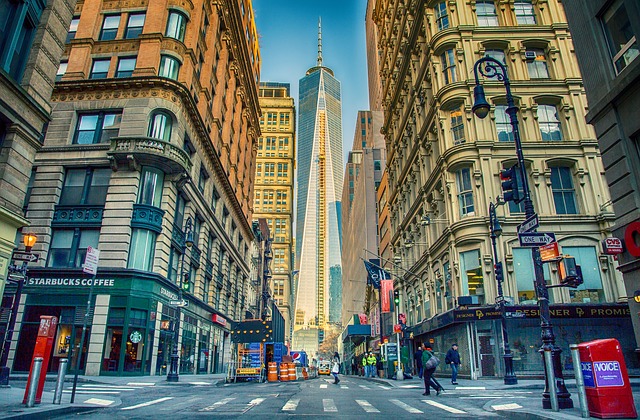 New York City is most likely one of the world’s top iconic tourist cities in the entire world. There are not many people on the face of the planet who haven’t heard of the New York or the seen images of its monuments, such as the Statue of Liberty. And though many people know the name and dream of visiting there one day, it is hard to choose which place to visit once they’re there.

New York sees over 60 million foreign tourist visit it every year. That is quite an astounding number. They travel thousands of miles from all over the world to visit monuments, to go shopping at the top malls, to taste the great food, and to simply enjoy the big city life for a time. Here is a list of some of the most important places you can visit while on your visit to New York.

The Empire State Building is one of the most iconic man-made structures in the world. For a period of time, it was also the tallest buildings on the planet. It has been the scene of many movies, including one that most people around the world know – King King. Other famous films and even cartoons used the Empire State Building as its set. Some of them include but are not limited to the 1939 film Love Affair, the Looney Toons cartoon Much Ado About Nutting, and The 5th Wave.

An estimated 3.5 million people visit the Empire State Building each year. And since you must purchase a ticket before visiting, vacationers can find the wait for tickets exceptionally long. This is why it is always a good idea to buy the ticket in advance one a site like TopViewNYC.

Brighton Beach is a mostly Russian neighborhood, but is a favorite place to go in the summer by local New Yorkers. An oceanside neighbourhood in the southern portion of the New York City borough of Brooklyn, Brighton Beach sits along the Coney Island peninsula. Brighton Beach is surrounded by Coney Island proper at Ocean Parkway to the west, Manhattan Beach at Corbin Place to the east, Sheepshead Bay at the Belt Parkway to the north, and the Atlantic Ocean to the south along the boardwalk and beach.

Central Park was America’s first landscaped public park. It has been well documented in songs, films and literature. Central Park was designed by Frederick Law Olmsted and Calvert Vaux who wanted a harmonious balance of scenic elements. You have the open lawn of the Sheep Meadow, the linear, tree lined Mall and the densely wooded paths of the Ramble.

Around 25 million people visit Central Park every year. The iconic American park is open from the hours of 6:00 am to 1:00 am, seven days a week. The Park stretches from Central Park South (59th St.) to 110th St. at the northern end and from 5th Ave. on the East Side to Central Park West (8th Ave.) on the West Side. If you get a permit, you can do photo shoots at the Conservatory Garden, 105th Street at Fifth Avenue.

For the adult readers, visiting New York just isn’t complete until you visit the nightclub scene. No matter what, if you visit New York, you have have to visit the Black Flamingo. It isn’t like any other nightclub in New York because of exactly that. And that is the appeal.

All the annoying things that turn the usual person off about clubs are missing when it comes to the Black Flamingo. The door cover is not too expensive, there isn’t any annoying doorman leering at you.

Once you are inside, you’ll see a Miami inspired bar with palm trees and pink flamingo drink stirrers. The DJs, Eli Goldstein of Soul Clap, Gadi Mizrahi (Wolf and Lamb, and Philip Jung like to keep the mood relaxed, so you’ll find people gathered behind the DJ booth watching them play there magic.