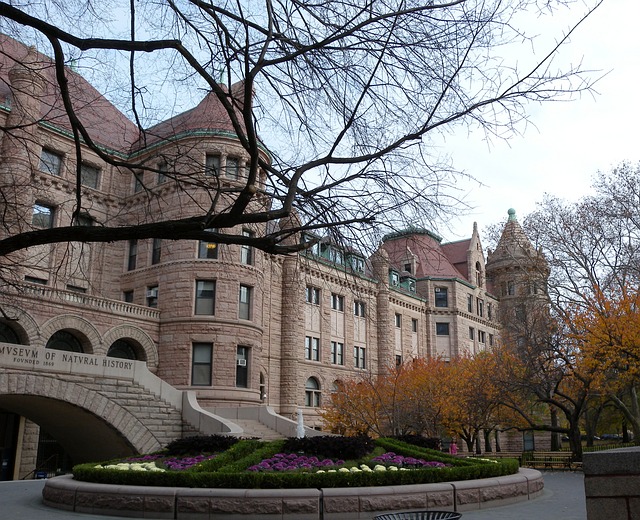 New York City is chock-full of landmarks, attractions, and amusement areas that cater to everyone’s interests. Classical music lovers flock to Carnegie Hall to catch a live symphony orchestra while nature enthusiasts can stroll around Central Park to get away from the hustle and bustle of the city. Science lovers can also find places in New York City where they can expand their knowledge on the different branches of science. If you love the sciences and are only in New York for a few days, here are five places you should visit before you leave:

Today, the American Museum of Natural History’s grand complex is composed of 26 interconnected buildings, housing 45 permanent exhibition halls and over a million specimens and artifacts on display. Some of the museum’s popular permanent exhibitions include the following:

Apart from its 45 permanent exhibition halls, the AMNH also holds special exhibitions that let guests explore the world through three dimensional installations. The American Museum of Natural History also offers a variety of educational programs, resources, and events that are designed to pique the interests of educators, as well as people of all ages. Whether you’re visiting New York City on your own or with your kids, the American Museum of Natural History has something to entertain the science lover in you.

The Intrepid Sea, Air, and Space Museum also has an Exploreum Hall, which features fully interactive exhibits where visitors can get a glimpse of how a helicopter, plane, or submarine is operated. What’s more, the museum offers 3 types of simulation experiences where visitors can fly a supersonic jet plane, go on a training mission with the Screaming Eagles, or immerse themselves in the true stories of the Intrepid Aviators. The Intrepid Sea, Air, and Space Museum is definitely a must-see if you’re interested in learning more about submarines, planes, and ships while experiencing the thrill of handling a powerful aircraft.

For those who have a deep appreciation for marine and freshwater life, the New York Aquarium provides the best experience when it comes to learning more about the animals living in Earth’s waters. Located on the Riegelmann Boardwalk in Coney Island, Brooklyn, the New York Aquarium is the oldest continually operating aquarium in the country. The facility encompasses over 14 acres of land and houses over 8,000 specimens. The aquarium has 7 exhibits, and each one showcases different types of marine life. These include the otters and penguins in the Sea Cliffs exhibit, the tiger sharks and sea turtles in the Ocean Wonders: Sharks! exhibit, and the lagoon jellies and cuttlefish in the Spineless exhibit.

As part of the aquarium’s wildlife conservation efforts, the New York Aquarium holds a variety of events and offers programs to teach people of all ages about the importance of saving the planet’s wildlife. They also accept volunteers to help further educate their visitors on the aquarium’s role, history, and the different specimens in the facility. If you want to spend the day learning and being surrounded by marine animals, the New York Aquarium is where you need to be.

4. Museum of the Moving Image

If your interests lie in the tech aspect of science, specifically the technology used in television, film, and digital media, you need to visit the Museum of the Moving Image. The Museum of the Moving Image is located in the Astoria neighborhood in Queens, and it boasts the nation’s largest and most comprehensive collection of artifacts relating to the moving image. There are around 130,000 artifacts on display, making the museum an invaluable resource to anyone who’s interested in the history, art, culture, and technology of the moving image.

Alongside its extensive collection, the Museum of the Moving Image also holds a variety of exhibitions and installations each year. These shows may feature the art of creating and promoting a film or highlight the groundbreaking achievements of a well-known individual that has changed the landscape of film and television. Some of their ongoing and past exhibits include:

– The Jim Henson Exhibition
– Behind the Screen
– D’Oh! Animating America’s Funniest Family
– Reimagining the Cel: Experiments in Animation from the 1980s

Whether it’s learning about the history of the film camera or expanding your knowledge about the TV industry, the Museum of the Moving Image has something for you.

What makes NYSCI unique is it holds two types of exhibits. The first being the indoor permanent exhibits, offering more than 450 interactive displays that are designed to explain the world around us in a fun and educational way. Some of these indoor exhibits include:

The second are the outdoor exhibits where visitors can experience the Science Playground, as well as get an up-close and personal view of the vintage Atlas and Titan rockets. There’s also a nine-hole miniature golf course, which teaches the laws of motion and gravity but in a more exhilarating way.

Although New York is known for its glitzy attractions like Times Square or iconic structures like The Statue of Liberty, there are countless places in the city where people can experience the wonders of science like no other. From the American Museum of Natural history in Manhattan to the New York Science Hall in Queens, science lovers from all over the world will definitely enjoy their stay in the city.