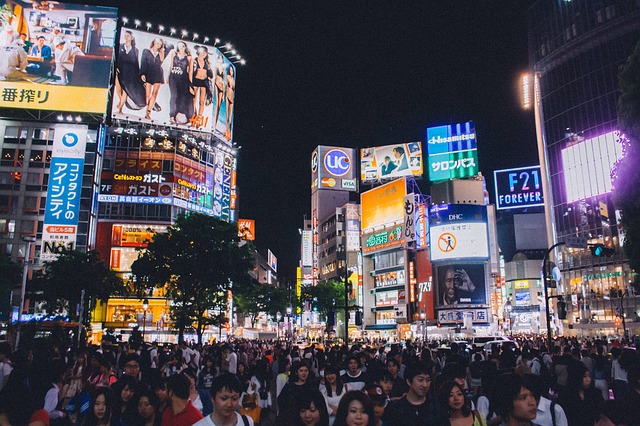 Tokyo is truly unique. One of the most exciting big cities on the planet, Japan’s capital offers almost everything you’d expect on a city break. From traditional Zen gardens to the most modern architecture, exploring Tokyo is a blast for your senses. As one of the most visually attractive cities, there’s not a better way of capturing your memories of an unforgettable trip than with one of professional photographers in Tokyo.

As the metropolitan area is vast, the best way to discover Tokyo is by dedicating each day to a different city area. Luckily, Tokyo’s public transport, although expensive, is one of the best around. Even if you don’t have many days you’ll be able to move around easily and enjoy the city’s main highlights. Here’s the list of Tokyo’s most interesting neighborhoods.

The geographical and historical heart of the city, Central Tokyo is where you’ll find Japan’s Imperial Palace, the luxurious shopping district of Ginza, and the impressive Tsukiji Central Fish Market.

As the permanent residence of Japan’s emperor and his family, the Imperial Palace main grounds are off limits to visitors except on special dates. You can wander around and visit the gardens. Don’t miss the best one, The East Garden, an oasis in the middle of the bustling city. There’s a cute teahouse where to initiate yourself in the traditional tea ceremony.

Ginza is Tokyo’s Fifth Avenue and one of the most famous shopping districts in the world. On Saturdays, the main street is closed to traffic so shoppers can wander freely from shop to shop.

One of Tokyo’s main attractions is Tsukiji Central Fish Market. To explore it, you have to do it early, between 5-8am. You won’t be disappointed as the bustling of the stalls and the wholesalers selling all sorts of fish is mind-blowing. End the visit with a sushi breakfast.

Few districts of Tokyo offer as much contrast as Shibuya and Harajuku. On the same day you’ll be able to witness a traditional Shintoist wedding at Meiji Shrine and the craziest pop culture and fashion trends in Takeshita Street.

Meiji Shrine is Tokyo’s largest Shintoist temple. The walk to the main shrine takes you through a gorgeous park of imposing trees. The garden and the paths to the pond and the teahouse are beautiful.

Not far from the shrine, Takeshita Street is known for its teenage kitsch and fetish subculture. It is here, at the heart of Harajuku, where is common to see and photograph the famous Lolitas.

Head south and you’ll come to Omote-Sando, perhaps Tokyo’s most modern and hip shopping area. End your day under the neon lights of Shibuya and don’t miss its famous street crossing

To get a glimpse of Edo, the Old Tokyo, you have to go to the districts of Ueno and Asakusa. Start your day in Ueno and visit some old Buddhist temples before heading to the outstanding Tokyo National Museum, which hosts the world’s largest collection of Japanese art.

Later, get to Asakusa, a lively neighborhood of narrow streets full of restaurants and shops. Senso Temple, a gorgeous shrine, is the highlight there and one of the most visited sites in Tokyo.

Shinjuku is known for hosting the world’s busiest train station. If you are heading to Kyoto or Osaka, you’ll get your bullet train from Shinjuku. As the city’s main transportation hub, Shinjuku district is full of bars, restaurants and neon lights. Go to Kabukicho to get a glimpse of Tokyo’s nighttime playground. In Golden Gai you’ll get lost in a labyrinth of intimate retro bars. Some are so small they can only accommodate a handful of customers.

Due to its geography, Japan has developed a unique culture impossible to find anywhere else. Almost everything seems different there. Landing in Tokyo is like getting to another planet. As you walk around the city, the architecture, the people, and the culture will amaze you. As part of that incredible culture, Japanese gastronomy is one of the best in the world. Tokyo offers some amazing food. Do not miss the opportunity of exploring it.