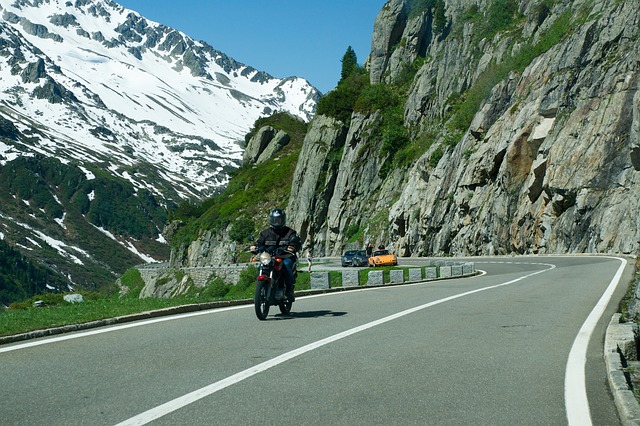 Is the world calling you to travel far distances on a motorcycle? If so, you’re one of many people who can’t imagine seeing the sights any other way. Nothing beats traveling to historical sites with the wind at your back. Plus, it’s cheap. This guy did it for $1.17 a mile.

It’s a beautiful adventure to journey across the world on a motorcycle. Whether you ride across America, Africa, Europe, or Asia, you’re going to have a grand time. First, let’s talk safety.

1. Put aside some cash in a travel emergency fund

You should never leave your home country without travel insurance, but read the fine print carefully. Most travel plans specifically exclude motorcycle accidents. Some plans limit the size of bike they’ll cover. You can’t depend on travel insurance to cover you in the case of a motorcycle accident. You need an emergency fund before you even think about leaving the country.

The cost of a motorcycle accident is significant. That’s why travel insurance plans promoted by Mastercard and American Express become void when you get on a bike. If you’re from Australia, Australian Medicare is extended to some other countries like New Zealand. However, you forfeit the right to sue. Unfortunately for U.S. citizens, U.S. Medicare doesn’t extend to other countries. As a U.S. citizen, if you experience a motorcycle accident in another country, you’ll need to pay for your medical expenses out of pocket.

If you’re from the U.S. and you’re traveling across the U.S., you still need an emergency fund. A federal study found that hospitals charged an average of $20,745 to treat a single leg or foot injury. Motorcyclists with additional injuries faced more than $56,000 in hospital charges. In the U.S., you can sue the other driver if they were at fault, but you won’t see any money for a while. If you can’t go back to work for a while, use your emergency fund to keep your electricity on and keep food on the table.

The most important rule for riding across any country, next to physical safety, is to know exactly where you’re going. Have a pre-defined destination. Of course, if you’ve never been to Europe, you won’t recognize the terrain by sight. If you know in general where you’re headed, when you get lost, you can ask for directions.

3. Have a GPS or mobile phone

While you should never rely on an electronic device for directions, they’re good to have. Use them when you can, but have other tools at your disposal.

What would you do if you only brought a GPS for a two-week trip, and after the first week it stopped working? If you’re traveling in the US, you can probably find a store to buy a new one. If you’re in another country, you might not find a GPS programmed in English.

In addition to carrying physical maps, have a written plan for how you’ll travel from city-to-city, including the highway or interstate routes you plan on taking. You can change your routes if necessary, but it’s smart to have a full plan in front of you. Again, if you get lost, having a specific plan will help locals give you correct directions.

Mark your rest points ahead of time, so you never get so far away from one that you have to spend the night without shelter. Mark out familiar hotels like Best Western and Motel 6 along your path.

Locals might offer to put you up, but in today’s world, it’s not worth the risk.

Taking a long trip by yourself sounds fun, but it’s like backpacking alone – it’s not the smartest idea. For instance, if you get lost in a bad area, you’re more vulnerable when alone. If you lose a tire in unfamiliar territory, you’ll feel better having a friend with you. People will be less likely to take advantage of you. Worst case scenario, if you end up in an accident, your friend can call for help.

In some countries, there are areas where the color of your skin or your gender can get you killed while the police look the other way. Know what areas to avoid ahead of time. Ask people online if you need to. Don’t risk it thinking you can get away with it because you’re a tourist. Other people haven’t had such luck.

Remember, a safe trip means you’ll have wonderful memories, and you can do it again next year.