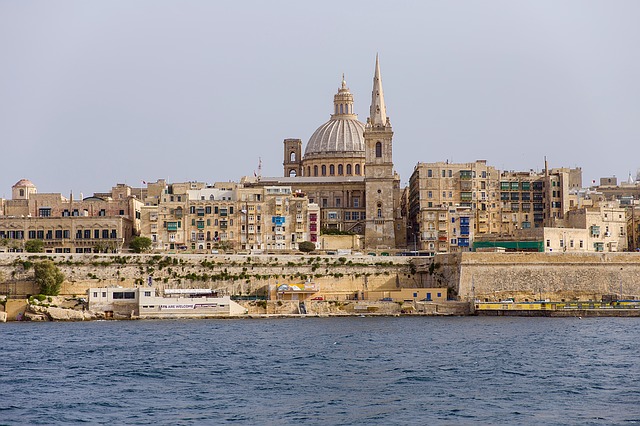 Malta is known for being one of the richest countries across Europe when it comes to history and culture. As a matter of fact, a lot of tourists are attracted to the history that the Maltese Islands bring with them.

Malta is lucky enough to be strategically placed in the middle of the Mediterranean, thus proving time and time again that it is the perfect place to port between trade routes, and ultimately trade with the Maltese themselves.

In being in such a perfect position a lot of Empires wanted Malta for their own in order to set up a naval base. The port is also naturally structured in a way which makes it easy to defend. Malta offered a form of entrance into Europe and Africa so the Islands were always fought after for a long time.

Malta got its independence in the 1960s. The British were the last to rule the Islands, so as far as books can tell, Malta has always been under someone’s rule or supervision. This makes it interesting because of all the different cultures that have been left as a result of being conquered by so many. The language itself ‘Maltese’ is a coagulation of Semitic and Romantic origin. The Ottoman Empire built the Semitic foundation for Maltese while the Knight Hospitalier added onto this foundation with languages like Maltese, French and Spanish.

If you want to take in the country’s cultural and historical history it will take longer than a day so be sure to reserve some time for museums and stuff of the sort.

The capital of Malta, Valletta is special for many reasons. For one it is a cultural and artistic hub. Housing one of the oldest theatres in Europe. The Manoel Theatre is a beautiful architectural and historical feat while also hosting a lot of shows and plays throughout the year. While it is not the largest, it offers a cosy and intimate experience. If you are able to catch a show, make sure to visit as you will not be disappointed! Valletta also houses ‘Spazju Kreattiv’ which translates to ‘Creative Space’, this is where contemporary artists showcase exhibitions.

Valletta is a fortified city built by La Valette after the Great Siege of Malta in 1566. There is a lot of history in the city itself, with the national museum being inside the city and other important museums which one must visit. It is at the centre of the Grand Harbour so if you take a walk up to the ‘Upper Barrakka’ you will see other fortified cities, built to defend the Maltese Port.

The view you will get from the upper ‘Barrakka’ will be of Isla, Brigu and Bormla. These are 3 cities built to defend the port. These fortified cities seem to be stuck in the time they were built. All of them hold a significant historical value which cannot be missed. If you are in Malta make sure to visit these cities. Valletta has an inexpensive ferry which will take you across the port and close to the cities.

The oldest city on the island and another fortified city. Mdina was actually much bigger than it is now, but it was reduced in size to be easier to defend. Mdina is built on top of a valley in the middle of Malta overlooking the whole island. Once you enter the city you will notice that it is very quiet, and the city, in fact, has a nickname coined ‘The Silent City’. There are many museums here including the medieval dungeon which will be of much interest if you are inclined to such activities. It also has a variety of restaurants in and around the city with glorious views of the island.

Malta has immense cultural value, with all the fortified cities. Not only this but it also houses the Megalithic temples. These are a must, but you will need to do a bit of research because otherwise, you will be walking blindly. Historically the islands offer a lot. Artistically the country has much to offer. Contemporary art is vibrant in the country with a lot of exhibitions being hosted and usually, entrance is either free or with a small entrance fee.

If you are looking for hotels in Malta, look no further. St Hotels will offer you the best when it comes to hospitality. We will help you and guide you further where you want to go.