France is one of the world’s most popular destinations and there are many reasons why travellers choose to holiday in the country. One of the best adverts for France is that 80% of the French people who leave home for their holidays actually choose to holiday elsewhere in the nation, rather than going to another country. You can’t get a better advert for a country than the bulk of its population not wanting to holiday anywhere else!

So why does France attract so many visitors? Here are just a few good reasons.

Land of history and heritage

France is packed with amazing cathedrals and chateaux, as well as beautiful sites such as Mont St Michel. Where France can let the visitor down, though, is the way in which sites of special historical interest are sometimes presented. Some of the guided tours around magnificent buildings such as the Palais de Versailles can be dull, so make sure to read some Trip Advisor reviews before booking a particular tour. You may have more fun just paying for the entry and going round by yourself.

From canyoning to paddleboarding, here are our top family activities to do at the French Alps! http://t.co/TrQyjWWXAU pic.twitter.com/bkul7ZMEAM

There’s a wealth of different landscapes to enjoy in France and, in many of them, you can cycle, bike and hike your way through beautiful territories. A great example would be the wine route in areas such as the Route des Grands Crus in the Côte de Beaune in Burgundy, where the fields are covered in hectares and hectares of vines, dotted with beautiful villages. For the more adventurous, there’s canyoning to be done – whether you choose the Verdon Gorge in the South East, the Chamonix Valley or around Mont-Blanc or the French Riviera. Canyoning is a mix of different sports, including abseiling down waterfalls, caving, climbing and rafting and it is a great way to get an adrenalin rush in beautiful and dramatic scenery. 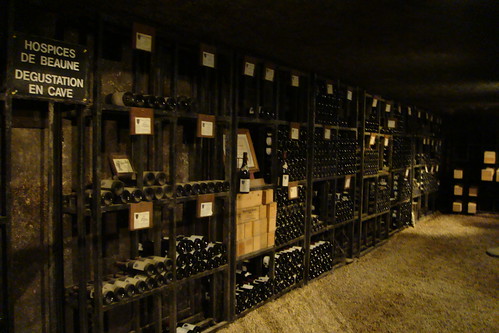 Be a part of something big

You can always tie in your French trip with a big sporting event. Every year, the Tour de France weaves a different route across the length and breadth of France, and it can be great to stay somewhere near the route so you can stand by the roadside and cheer on the cyclists. In the build-up to the leaders and the peloton passing through, there’s also the lively atmosphere of the caravan – a stream of different merchandising vehicles that travel the route ahead of the cyclists. Though the cyclists will pass in a blur of helmets and lycra, it’s a great spectacle.

Next year sees a massive sporting event being hosted in France, when the finals of Euro 2016 take place in June and July. Nine cities, including Marseille, across France will host different matches, with the opening game and the final taking place at the Stade de France in Paris. The French are hosting the event for the third time and international football betting odds at the time of writing have the host country at around 4/1 to win the tournament, behind the 2014 World Cup winners Germany. Even if you don’t get tickets to any of the games, the atmosphere is sure to be lively while Euro 2016 is on in la belle France.

Need we say more! Paris is a city that seems to be on most people’s travel bucket lists. The city is one that has always been linked with romance, beauty, art and history, and always will be. Paris is easy to navigate on foot, or using the public transport systems, and the different quarters all have their own appealing features. Few would visit Paris without seeing the Eiffel Tower (even if they don’t go up it), taking a trip along the River Seine and visiting museums such as The Louvre and churches such as Notre-Dame.

Whatever the main reasons for wanting to visit France, few people will be disappointed. As well as all the amazing places to visit and see in France, part of the fun of a French holiday is soaking up the culture – things like the croissants and pain au chocolat for breakfast, and the wonderful food you’ll be served in all types of restaurant. Then there are everyday things such as watching (or joining in) a game of boules with the old guys in the village square, settling into the slow pace of life in the countryside where you might have rented a gite, or people-watching on the beaches.
With generally clement summer weather, French holidays have a magical ambience to them. It’s no wonder people return again and again to this beautiful country.