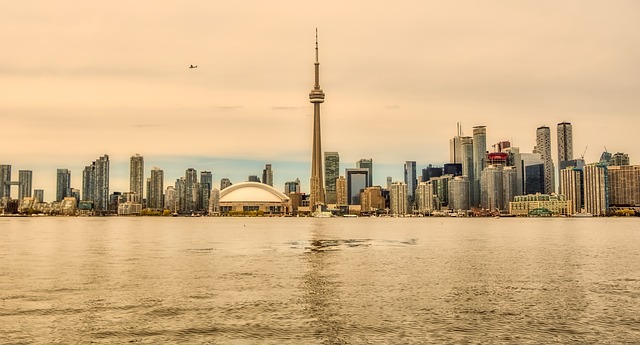 There are jokes that call Canada “America’s Hat.” Look at the countries on a map, and it makes more sense. Americans love to joke about Canadians’ extreme civility and fondness for things like hockey and poutine. Canadians no doubt love to joke about American stereotypes as well, although they’re probably more polite about it, since that is their thing. But there’s a lot Americans can learn from our neighbors to the north. The nation of Canada has way more going for it than just cold weather and the use of “u” in words like “honor” and “favor.” To illustrate the point, let’s take a look at Canada’s biggest and arguably most consequential city, Toronto.

Toronto is a vibrant and cosmopolitan city, which makes a lot of sense when you consider that it’s the fourth-largest city in North America (Mexico City, New York City, and Los Angeles have got it beat, but it is larger than Chicago). If you’re looking for ways to pass the time in Toronto, check out major attractions like the Royal Ontario Museum or Old City Hall. Sure, a city hall may not sound that exciting, but it’s actually a designated historical site with some really breathtaking design work. Don’t forget the CN Tower, either. It was the world’s tallest freestanding structure until about a decade ago, but it’s still pretty impressive in the year 2018. If you’ve ever seen one of those wide shots of the Toronto skyline shown on TV, you’ve probably noticed the distinctive shape of the CN Tower. It’s hard not to notice it, actually.

If you’re an American looking to visit the city, you’re going to need a passport, or, at the very least, an enhanced driver’s license that’s only available in a few border states like Washington and Michigan. This license will get you into Canada just fine if you’re traveling by land or sea, but it doesn’t work if you’re traveling via air.

Arriving in the city and trying to play everything by ear can be overwhelming and make you kind of frantic. There’s just so much to take in. Look up news on arts and culture in Toronto before you cross the border, and then highlight a few places or activities that are a really high priority. Don’t forget to look up the exchange rate before you leave, too. As of this writing, one American dollar is worth about $1.25 in Canadian dollars. That means Americans traveling to Canada can make their money go farther than Canadians traveling to America.