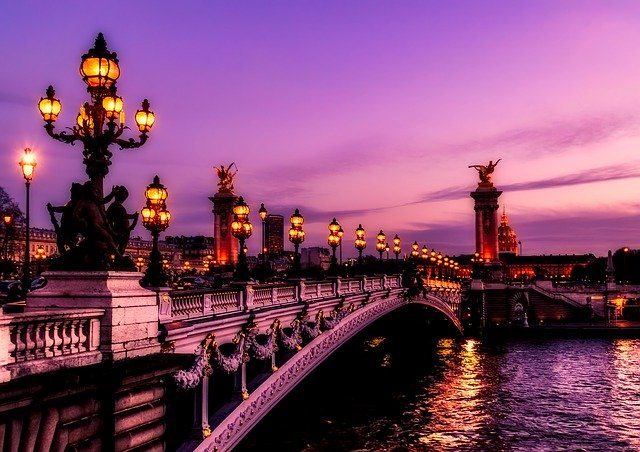 Over the past few centuries, Paris emerged as one of the most iconic and recognizable cities in the global West, earning it the moniker “The City of Light.” In fact, the French city has become so synonymous with beauty and culture, that it has lent its name to cities around the world like Buenos Aires or Tromsø who have adopted it nicknames like the “Paris of South America” or the “Paris of the North” in hopes of branding themselves as desirable destinations.

All that is not to say that Paris is the only city in France worth visiting. Far from it, in fact. Every region of the country has a collection of cities and villages that routinely make it onto lists of the best places to visit in Europe if not the world. France offers the coastal luxuries of Nice and the fabulous wine hub of Bordeaux as well as other gems sprinkled throughout the country. Click here for a more complete list of alternative cities to visit in France when looking to plan your next vacation.

A Brief History of Paris

From the early Middle Ages, Paris has been one of the largest and most important cultural capitals in Europe. The city has survived the bubonic plague, multiple sieges, a revolution, and two World Wars, truly earning its position near or atop that list.

On a less grim note, amid all of that mayhem, Paris grew its reputation as an intellectual center, attracting some of the most brilliant minds from around the world to the banks of the Seine river. During the 17th and 18th centuries, Paris was the heartbeat of the Enlightenment Age, which paved the way for the city to later welcome some of the greatest intellectual and creative minds in the Western canon.

Paris Is Still The Place to Be In France

Travel, like many other industries, is largely driven by trends. Every new year, there are dozens of periodicals that come out with their interpretation of the “coolest” or “best” places to travel to in the coming year. Oftentimes, those lists include smaller cities, towns, or villages and leave off the established cities like New York, London, or, yes, Paris. That is not to say that those cities have lost their charms, it is more a nod to their ability to endure as the premier tourist destination in their respective countries. In fact, Paris alone saw over 40 million tourists visit the city in 2018, which is a larger number than many entire countries receive during any given year.

Top Things to See and Do in Paris

Paris surpasses the label of a beautiful city in the minds of many travelers. For them, Paris is one of the few iconic cities on the planet. This is thanks to its unbeatable combination of tourist sites, cultural centers, and its heavenly cuisine. While foodies and museum-goers will no doubt consider themselves in heaven during a trip to Paris, there are other tourist sites and family activities that may beat them as far as the most popular. The Eiffel Tower remains one of the most visited places in all of Europe with over seven million visitors taking in the breathtaking views each year. Even more popular, however, might be Disneyland Paris, which combines the indelible family theatrical characters with all of the modern charms of the City of Light.

Where to Visit After Paris?

Travelers may be disappointed when their time in Paris comes to an end, but there is no reason their French holiday can not continue with more wonderful experiences. Paris is far from the only city in France worth visiting, the hardest part will be deciding where to head to next.

For coastal lovers, the French Riviera may be the place to be, especially during summer. Places like Cannes and Nice attract the rich and famous but they also offer wonderful alternatives for family vacations.

It seems more difficult to find bad wine in France than good wine. Still, even though Paris is full of brilliant wine, sometimes it is best to go to the source.

Cities like Bordeaux offer the best combination of exceptional access to local wines and urban comforts, but regions like Provence and Burgandy are not far behind, both in their exceptional quality of wines and in the experiences they can offer to travelers.

Sometimes travelers just want to see another city. It is not about the beach or the wine, it is just about experiencing another part of a country. That is where Marseille, Lyon, and Toulouse come into play, as they are three of the larger cities in France. All of them are in different regions of the country and all of them offer something unique to visitors.

As always, stay up to date here regarding the latest information and news about visiting Paris and the rest of France.

Author Bio:
Daniel Moore is an experienced content writer. He is associated with many renowned travel blogs as a guest author where he shares his valuable travel tips with the audience.