Vacations help you relax and rest, but do not usually offer much in terms of spiritual growth. However, a visit to a temple may help you replenish the soul and improve your emotional state like no vacation can. Be it a short trip to the nearby temple or a lengthy pilgrimage, it always leaves an indelible mark on your spirit and soul.

Maharashtra, with its ancient and beautiful temples, is rightly referred to as a pilgrim’s paradise. Ranging from the torrential waterfalls of Bhimashankar to the hot springs of Trimbakeshwar, God and temples prevail the state. Here, we shall take a look at some of the more famous religious towns in Maharashtra: 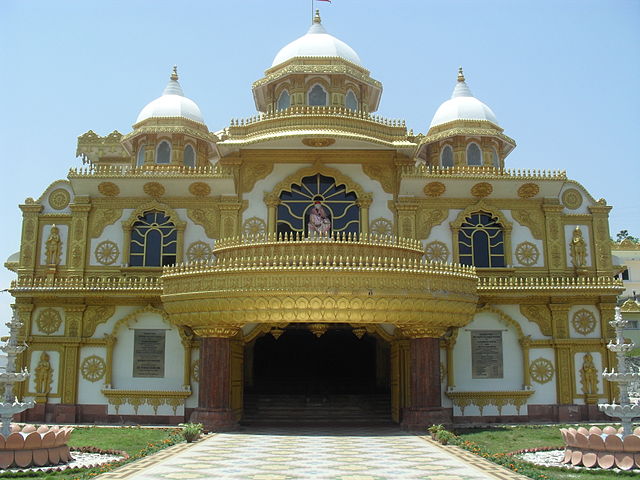 A small town located in Ahmednagar district, Shirdi is famous for the shrine of Shirdi Sai Baba. The closest metro city is Pune, which is 180 km away. Shirdi Sai Baba is regarded as one of the greatest saints of India, and most of his tales are associated with this village. It is said that he visited the village when he was merely sixteen years of age, and stayed there until he attained his ‘Samadhi’ in 1918.

The temple complex is expansive and it is one of the richest in India, in terms of donations received. Around 50,000 devotees visit this town on a daily basis, so it is definitely a must-visit if you are a devotee of Shirdi Sai Baba. Pune to Shirdi cabs are aplenty, so getting there is not much of a hassle. 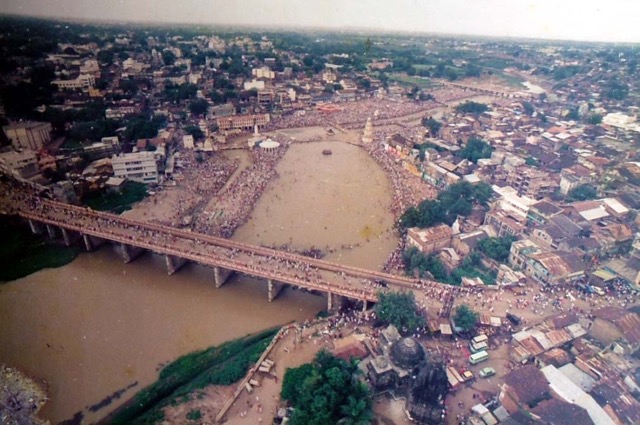 Nashik is the third largest city in Maharashtra, and among the most important pilgrimage destinations in the state. The city is located on the banks of Godavari River, and occupies an important place in Hindu mythology.

According to legend, Lord Rama, along with his wife Sita and brother Lakshmana stayed here for a while during their 14 year exile. The name of the city is derived from the part in Ramayana where Lakshmana hacks off the ‘Nasika’ or ‘Nose’ of Shurpanaka, Ravana’s sister.

The major religious spots within the city include Panchavati, Someshwar, Muktidham Temple and the Pandavleni Caves. The city also hosts the Kumbh Mela every 12 years, and the Ramnavami Rath Yatra is another annual religious festival celebrated with great fervor. Pune to Nashik cabs are the best way to get here, considering that Pune is around 210 km away from the city.

Shani Shingnapur or Sonai is a small village located in Ahmednagar district of Maharashtra, around 70 km from Shirdi. The village is famous for its Shani Mahadev Temple which houses the deity associated with the planet Saturn. It is also believed to be a Jagrut devasthan, which means that the deity still resides in the temple.

Another curious fact about the town is that there are no doors to the houses nearby, as villagers believe that god Shani punishes anyone who tries to steal. There have been no cases of theft reported in the village in recent years, so this curious town is definitely worth a visit.

One of the best beach towns in Maharashtra, Ganpatipule is located around 300 km from Pune. It is famous for the old temple of Lord Ganapati situated there, which is more than 400 years old. The idol housed in the temple is believed to be a monolith which was self-erected and discovered over 1600 years ago. The town presents the perfect opportunity to combine a pilgrimage and a prolonged vacation, with the pristine beaches nearby. 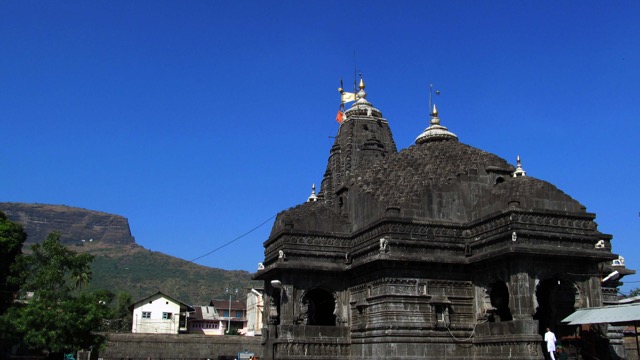 Located on the banks of Godavari at the foothills of Brahmagiri Mountains, Trimbakeshwar is another important pilgrimage spot in Maharashtra. The town houses one of the twelve Jyotirlinga temples of Lord Shiva, called the Trimbakeshwar Temple. The Jyotirlinga in the temple is really old, and the crown of the idol is said to be from the age of Pandavas themselves.

There are many other temple towns in Maharashtra, including Mahabaleshwar and Jejuri. Getting to these places has become increasingly convenient in recent times, especially with the start of Pune to Mahabaleshwar Taxi services. A pilgrimage can turn out to be extremely beneficial to your mental well-being, so what are you waiting for? Take that spiritual vacation your heart desires.