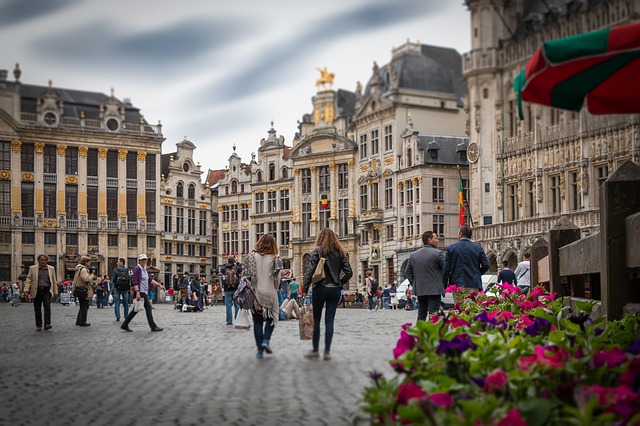 Traveling is usually a planned ordeal, but for some it can also be a spontaneous decision. It can be a business trip or a holiday like any other. As always, there is a need to actually plan things out. Planning doesn’t necessarily require you to write things on a whiteboard and connect everything with a little red and green rope like in crime movies. Ultimately, it comes down to these questions. Where do you want to go? where do you want to stay? How are you going to get to your hotel? Now there are other people who might figure things out on the way to their destinations or upon arrival but I personally like to plan things out beforehand, from departure to arrival to transferring to my hotel from the airport. Here’s how you can plan your holidays without having any regrets.

Where do you want to go?

You can usually decide on where do you want to go spontaneously. However, a trip abroad doesn’t necessarily mean a holiday. It can be a work-related trip or a family event such as marriage. Such trips are often planned a month before actual departure unless it is an emergency where you’ll have to respond and react on the fly. Although you can think of a destination for a regular holiday on the spot, you can’t always just fly out right away. For example, my family and I do not like doing the same things as everybody else. Meaning, traveling to the famous cities such as London, Berlin, Amsterdam, Paris or Madrid because you know those are favored destinations during holiday season. So picking a relatively overlooked destination would be the best choice for us. After some research, we decided on Belgium. Brussels in particular because of their culinary culture. I have never actually met a person who ever decided on a holiday destination without doing some research about the place, so if you have a destination in mind, a little research might help just so you can be sure at 100% about your destination.

Where do you want to stay?

After having picked Brussels as our destination, we now need to figure out where we want to stay. Brussels is small city compared to other major European cities and since we enjoy being at the center of a city, we agreed on Motel One Brussels. Restaurants, supermarkets and bars are found withing walking range of the hotel, making it an easy choice. Along with the landmarks such as the Toy Museum, the Brussels Grand Place is only a 10 minutes walk from the hotel so seeing the local attractions won’t be difficult at all. Although during holiday seasons, it is pretty hard to find vacancies. Booking a room weeks before the actual beginning of the season will definitely help. However, some people are able to find a hotel that suits them days before they leave, or once at their destinations. It can be an adventure, but at the same time it can drain your energy, leaving room for any unwanted sickness or soreness. Personally, I prefer planning beforehand since you never know what could go wrong and also because lodging in a foreign country is a serious matter.

How are you going to get there?

Of course you’d want to figure out how are you going to get there. The answer to this question is usually by plane. If you live on a continent such as Europe, you can travel via train or bus or drive yourself. But in my case, I’d have to fly to Belgium since my country is tens and thousands of miles away. Finding an airline isn’t difficult, though. And a layover or two isn’t a problem. The real problem is how are you going to get to your hotel from the airport. You can always hire a taxi, take the bus or metro, or rent a car. In our case, a VTC taxi which is a taxi with professional driver and high-end vehicle would be ideal. There are companies such as www.vtc-belgium.com who can be booked through their websites, and facilitate your transfer from Brussels airport to your hotel or any other city that you desire. We chose to hire a private taxi to avoid long waiting lines at the bus, metro and taxi stops. You can always apply for a shuttle since most airlines and airports offer shuttles to transfer you from the airport.

What do you want?

In summary, traveling comes down to knowing what you want and what you are looking for. If you are traveling with you family, it is always a good idea to plan everything out. If you’re traveling with friends, which can get out of hands from time to time, and holidays don’t always go as planned either. So planning everything out is not a bad idea so you can be ready for the unknown and any other unexpected changes.

Part of the planning process also includes thinking about what to pack. While packing it’s also a good opportunity to declutter around the house. Going through your summer wardrobe you may realise you don’t need all the extra clothes you’ve been hoarding. So while you are filling your suitcase, make another pile of clothes that you want to get rid of.

Planning things out doesn’t have to take a lot of your time. With a little luck you can take care of all your reservations in one day, next thing you will have to do now is obtain a visa. Assuming you’re ready to go, where have you decided to travel to?