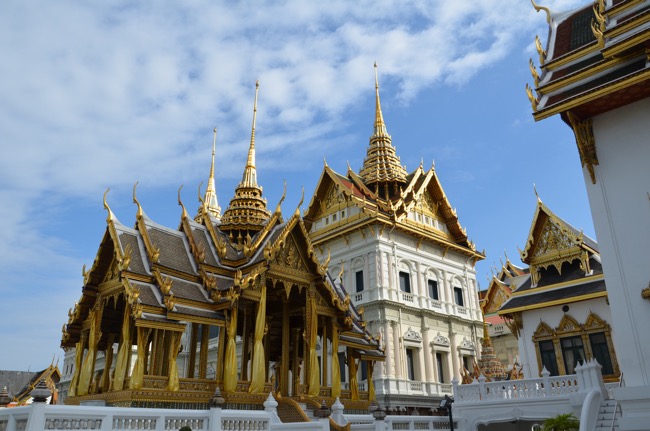 Bangkok is the capital city of Thailand and, with a population of over 8 million people, it’s by far the biggest city in Thailand. It also happens to be one of the most visited cities in the world. If you are planning a trip to the beaches and islands of Thailand, make sure you include a stop in Bangkok.

The best time to visit the city is late December to early January. The hottest months of the year are March to August. The major modes of transport are BTS (above-ground Skytrain) and the MRT (which is the underground Metro). They also use tuk-tuks and taxis as a mode of transport for hire. And, as one of the most popular cities in the world, Bangkok has an amazing choice of IHG hotels to choose from, so you can often find luxury hotels at a much more affordable rate than any other city.

Here is a small selection of some of the highlights of Bangkok.

This temple houses the well-known reclining Buddha statue. The temple was constructed nearly two centuries ago before Bangkok became Thailand’s capital city. Being one of the oldest and largest temples in Bangkok, it attracts a large number of visitors. Once you see it with your own eyes, you’ll be glad you braved the crowds.

Being the residence to the Kings of Siam since 1782, the Grand Palace is definitely a must-visit. Due to its architectural and cultural values, most official events and royal ceremonies are held there. In the palace, you will enjoy beautiful Thai art and its elegant architectural designs. If you wish to arrive in style, then the best means is to arrive by boat on the Chao Phraya River to allow you a great view of the palace.
Dusit Palace

The palace was constructed between 1897 and 1901 for King Rama (V). It has the world’s largest wooden mansion (Vimanmek) and is built of golden teak wood. You can get access to the mansion using the ticket you used to enter the Grand Palace.

Wat Arun is beautiful at any time of day, but it is especially magical around dusk or dawn. It’s best to see when the sun is setting, and the view from a boat while crossing Chao Phraya River will make the best photos.

Previously known as Ocean World, Sea Life is a great respite from the crowds and heat of the city. Its exhibits include an underwater tunnel that showcases the multiple species of marine life. If you ever wanted to have a close experience with sharks without getting in the water, then this is the place to be. Upon entry, you will find a 5D cinema and an opportunity for a memento photo to take home with you. You also have an option of a combined ticket for Madame Tussauds.

In conclusion, Bangkok is a fascinating city that is worthy of a lifetime of revisits. The tourist sites in this city alone are spectacular, and then there is the food, which many people come to Bangkok just to eat. Enjoy your time in the amazing city!