Tired of searching for new places to visit in Europe and end up getting the same classical suggestions such as the Louvre or the Colosseum? Then you have found the right article! In our top 7 list of modern sights you can see in Europe we offer you a selection of newly built places to visit on your upcoming European trip.

We would like to open up our top 7 list with a contemporary art museum in Austria named Kunsthaus Graz. The modern hi-tech building was designed by architects Colin Fournier and Peter Cook and first opened its doors in 2003 for all the people in Graz. All of the art works that are presented at the exhibitions programs, none of which are permanent, specialise in contemporary art from the 1960s onwards.

The concept for this museum was to create a place where photography, internet art, film, new media and architecture could be united under one roof and be presented as a branch off of art. The museum always opens at 10am and closes its doors at 6pm, so make sure to plan your visit to the Kunsthaus Graz in advance to get in during less crowded times! 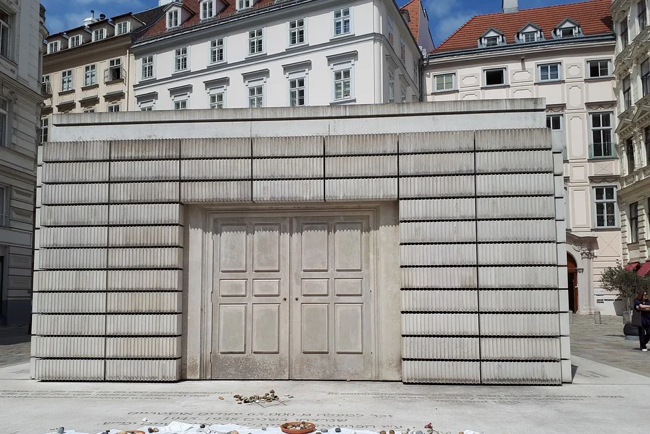 A must visit for anyone who goes on a trip to Vienna is the Judenplatz Jewish museum. The museum tells a story of Jewish life and the Viennese Jewish community that begins in the Middle Ages and ends with the aftermath of World War II. The museum and the second site, which is the Holocaust Memorial, together preserve memory of the 50’000 Austrian Jews that lost their lives in the Holocaust as well as showcases the extraordinary contributions made to every aspect of Viennese life by Jewish citizens throughout the ages.

If you are enticed to learn more about Austria’s past history, the Jewish museum is a must-see landmark! 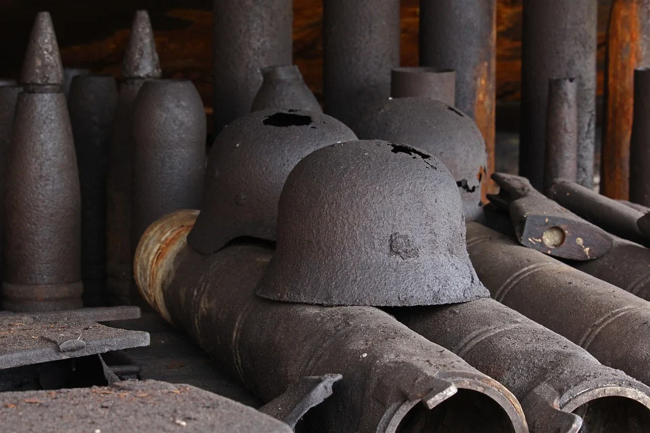 For all the people who particularly enjoy museum exploring, visiting the House of Terror in Budapest, Hungary can be an eye-opening experience. Opened in Winter of 2002, the museum contains exhibits related to the fascist and communist regimes in the 20th century and serves as a memorial to the victims of these regimes. At the museum, you can find examples of the cells that prisoners were held in, a T-54 tank and other munitions and uniforms that were worn and used by the soldiers.

The brutalist approach to the architecture of House of Terror plays perfectly into the theme of the museum and has become somewhat of a monument to the residents that stands out in front of other buildings along the avenue. The museum covers everything in detail in regards to the Hungarian history and has a permanent exhibition that contains exclusive material on the nation’s relationships to Nazi Germany and the Soviet Union.

So, if you are interested in finding out more about what lies behind the doors of House of Terror and the previous entry on the list, Judenplatz, you can organize a historical trip on a train from Vienna to Budapest and continue expanding your knowledge of European history. 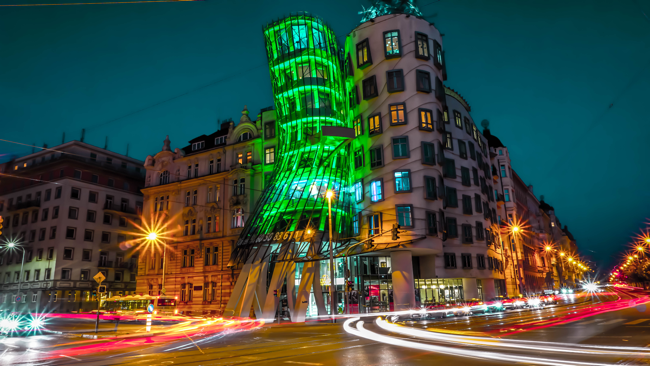 The Dancing House, which currently serves as an office building in Prague, was designed by a Croatian-Czech architect Vlado Milunic in 1992 and constructed in 1996. The style that the building is completed in is called “deconstructivist architecture” and resembles a large twisted structure which is supported by 99 concrete panels, each with its unique shape and dimension to give off the effect of “dancing”. The second part of the building remains static to portray a “yin and yang” philosophy that was close to the architect’s heart.

The building’s significance comes from being built on a site destroyed by the U.S bombing of Prague houses in 1945. Although the Dancing House has been critisized in the past for being out of place in a classical city such as Prague, however, as time went on, people accepted the “unusualy” styled building. 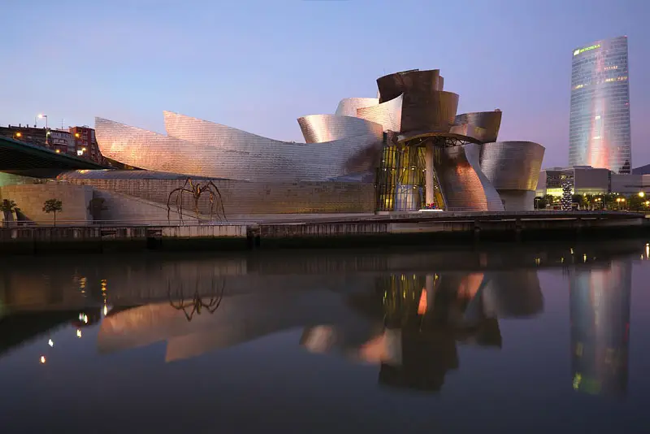 The Guggenheim Museum is considered to be one of the most admired works of contemporary architecture. Designed by an architect with a mixed background of being Canadian and American named Frank Gehry, the museum opened in 1997 in Bilbao, Spain and features 250 contemporary works of art. Being the largest museum in all of Spain, in 2020 the museum had over 315’000 visitors, which placed it on the 73d spot on the list of most-visited art museums of 2020.

Despite some criticism the building received in regards to having “an interior too vast for the art works” the Guggenheim Museum was hailed as a “signal moment in the architectural culture”, because it represented a moment when academics and the general public completely united about an object. The sculpture at the front of the museum is called Maman and can be considered as one of the artworks that the museum displays.

This shoehorn structured building goes by the name Markthal was designed by an architectural firm MVRDV and only took 5 years to build, first opening its doors to the general public in Autumn of 2014. With its downtown location in Rotterdam, Netherlands, the complex serves as a residential building that houses 228 apartments, with a 4600 m2 retail space, a market hall underneath, and an underground 4-storey parking garage.

The beautiful 11’000 m2 artwork that is displayed on the inside of the building is done by Arno Coenen and Iris Roskam named Hoorn des Overvloeds (Horn of Plenty), which depicts enlarged fruits, vegetables, seeds, fish and flowers.

The Harpa concert hall is the icing on the culture-laden cake that’s located in Reykjavík, Iceland. Completed in 2011, the concert hall has hosted many events with the presence of the Iceland Symphony Orchestra playing for all the guests. Since its opening, the Harpa received numerous awards, both for its architecture in 2013 and for its concert and conference centre in 2016. The exterior of the building was designed with the thought of light, water and air temperature in mind to enhance the viewer’s experience. One of the main characteristics of the facade of the Harpa is its reference to various natural phenomena and the unique light conditions of Iceland, which are portrayed through the use of different coloured glass panels that make up the outer walls.

Paying a visit to this spectacular site alone can be a pleasant experience of exploring Scandinavian culture, however, if you are lucky enough, you can purchase tickets to see the Orchestra play live!

As history continues to step forward into the 21st century, so do the architects that designed such masterpieces of human architecture. Undoubtedly, Europe is home to countless historical buildings with stunning architecture; however, these less crowded sights deserve your utmost attention. Whether you are a returning visitor of Europe, or just beginning your journey around the world, these recently built sights are undeniably on par with the classical landmarks throughout Europe.