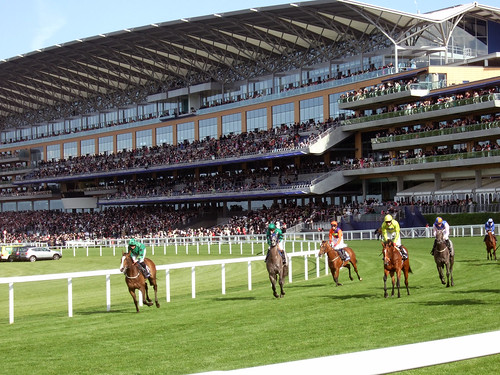 The Ascot Racecourse in village of Ascot (Berkshire) is home to one of Britain’s major social events. The Royal Ascot Horse Races date back to 1711 and they are founded by Queen Anne. The story is that she was out riding one day and saw a heath that seemed perfect for horses to gallop at full stretch.

Less than a year later, the races began and have been a royal event since. The first race was open to any horse that exceeded the age of six years.

Today, the horses are the finest in the world and entirely thoroughbred. Today, the event hosts some of Britain’s finest including Her Majesty Queen Elizabeth II herself, as well as several prominent members of the royal family.

Press coverage, similar to that of a red carpet premier is a huge part of the event and even overtakes the coverage of the races themselves. It’s not uncommon to hear about the royal dress on British television at length.

Off track betting is definitely a huge part of the Royal Ascot Races and brings in serious cash worldwide. The horses are topnotch, so the stakes are very high. Check out Royal Ascot betting offers online if you’d like to find out more about that.

You might just get lucky and end up sitting near the Queen in the event’s Royal Enclosure. This seating area requires strict applications and an archaic dress code. Men wear Victorian styled morning dress. The women are not allowed to show midriffs or shoulders. They are asked to simply wear a hat and a day dress.

The women have strict requirements on the length of the dress and the type of dress they can wear as well as the style of dress. The application process is very stringent. You are only granted entry if you know somebody who has entered into the enclosure for the last four years. There are corresponding badges, each sent out by the Queen herself, and they are color coded for the day a person is allowed into the enclosure. You are required strict background checks as well.

There are other seating areas for the general populace but the Royal Enclosure is, of course, the most luxurious. The attendees are given luxurious seats with perfect views of the race. They have the choice of fine dining, hospitality and bars. The menu is said to be some of the finest cuisine in the country.

There are various ways to get to the Ascot Race Course if you are travelling. There are trains leading from London and Reading and take about fifty minutes from London. It’s about a seven minute walk from the trains. You can also take the M3, M4, M40 and M25 motorways, which are located close to the course itself.

You will find the course to be wonderful. The event is one of the biggest social occasions in Britain. The Queen herself actually arrives at the race in a horse and carriage so that the populace can see her. It really is a once in a lifetime event. You will regret missing it if you ever get the chance to go.