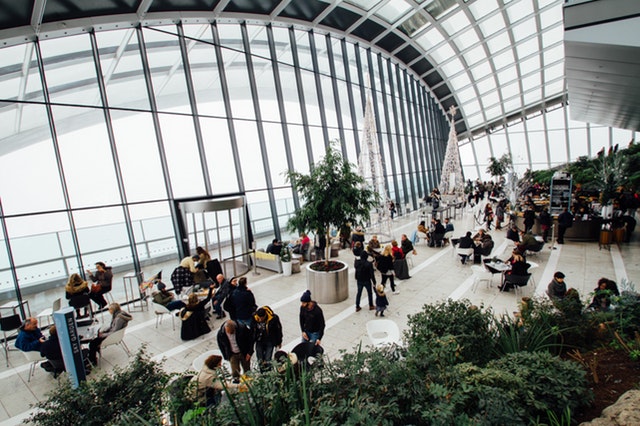 Have you ever arrived early in the airport and you managed to get past security and everything worked out ok, but then you didn’t know what to do with your life? Yeah me too. But there are some ways to get the boredom out of your system.

These days almost everyone carries a smartphone with them. So why not use it? I know most people actually do use it, but it gets boring fast… especially if you don’t have who to talk with. Assuming that the airport has wi-fi, you can either watch some informative videos on youtube and read the news. But there are also the apps.

In my opinion, the best apps you can play with are those that challenge your mind. There are crosswords to complete and puzzles to solve. But the best apps for this purpose are those which make you search for the right answer. The 100 Doors “series” are the best. You can try it yourself whenever you are in need.

This one sounds surprising? Well… it’s not that common to have slots in airports, but some do. Like the McCarran International Airport in Las Vegas. Sounds promising though. You could even make some quick money if you’re lucky while waiting for your flight, or after arriving.

There have been reports of people actually winning big prizes, so yes, you can win at the airport. There have also been reports on forums where people were satisfied with their earned money. In any case, if you have the right mindset, you know that you shouldn’t invest more money than you can afford to lose. As long as you follow this rule, slots sound like the perfect candidate to alleviate boredom. Wouldn’t it be nice to play UK Slots, or French Slots whenever you travel? There are some other airports besides the ones in Las Vegas that have slots. But it mostly depend on the local culture I guess.

Books are probably the easiest way to alleviate boredom. Once you get into one, you don’t even notice how fast the time flies. There is a downside to them though. They are extra baggage and if you can’t pack that in, or if you just don’t like to carry that much luggage after you, then how can you read a book? Well, you can do that on your phone quite easily.

The easiest way to read books on your phone is by installing the Amazon Kindle app. They offer previews in order to help you decide if you are going to buy a book or not. You can read for around 1 hour the beginning of the book. They are also way cheaper than a real book, so you might also save some money there.

That’s all for now. I hope that I have presented at least one new way of alleviating your boredom in airports.