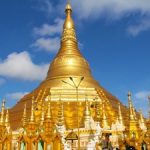 Myanmar, previously known as Burma, has been extensively known for its rich cultural heritage and exemplary natural resources. The country has been awarded the title of Golden Land given its expansive traditional lands and worth-seeing cities. Despite the fluctuations in country’s stability, Myanmar has opened her arms wide open for tourists in the recent years. […]

MYANMAR A trip to Myanmar is one of the most rewarding experiences in the South East of Asia because the country is strikingly beautiful and different from most destinations in Asia. With the lift on the tourism boycott ban to this country, it means that doors are finally open for exploration. Myanmar has been through […]