Sure, there’s the Grand Canyon and the Great Barrier Reef — but the world holds way more natural wonder than these well-publicized destinations. If you want to travel somewhere off the beaten path in 2019, but you still want your jaw to drop from natural beauty, then you need to consider planning a vacation to these hidden and forgotten gems of wonder and glory around the world. 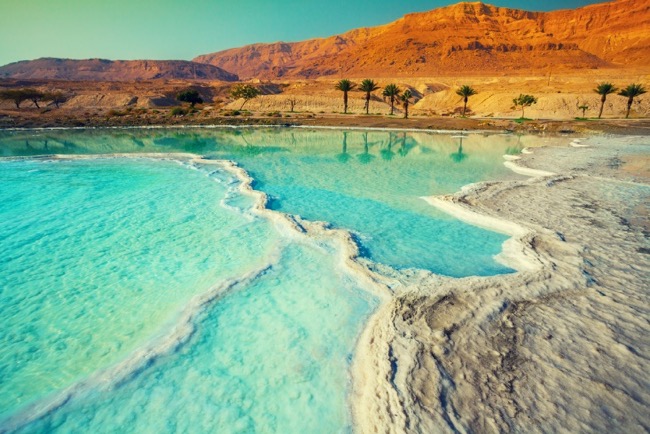 The Dead Sea is a body of water between Jordan and Israel that is so salty, nothing can survive in it (hence the name) and you can float in it unaided. For millennia, the Dead Sea has been a health resort as all kinds of people believe the saline water to rejuvenate the skin and provide other benefits. Unfortunately, the Dead Sea has been receding (thanks, likely, to climate change) so you should plan a trip quick before it dries into a salt flat.

Speaking of salt flats, Salar de Uyuni is a natural salt flat in Bolivia and a favorite destination for travel photographers. This is because the mud and brine of the flat are highly reflective, providing outstanding echoes of the land and sky above. Though Salar de Uyuni doesn’t make for a whole trip, it is a breathtaking wonder that will produce stunning images that your friends and family will love to see.

Niagara Falls was once a true Wonder of the World, but taller, longer and more remote waterfalls have taken its place. Still, the thundering waters of Niagara are breathtaking and heart-racing, especially if you partake in attractions like a river cruise or a Journey Behind the Falls. A major plus to many travelers is the wonder’s relative civilization; you can find an abundance of Niagara Falls hotels for affordable prices, but you can’t say the same of other wonders on this list.

A little-known spot between Bangladesh and India, the Sundarbans is truly the largest tidal mangrove forest in the world. Even better, the forest is the largest reserve for Bengal tigers, which are disappearing fast. On your visit, you can take a trip into “The Jungle Book” to see a large number of rare and exciting animals, from tigers to crocodiles and the Indian python.

Surprisingly, another Canadian destination makes this list with the Bay of Fundy. This bay boasts the highest tidal range in the world, drifting in and out over 71 feet over the course of the day. The bay is also an excellent spot for whale watching as 12 species of giant cetaceans move into the region during the summer and fall, to include the rare right whale, which were nearly hunted to extinction.

In Latin, Pando means “I spread out,” which makes the term the perfect name for this single organism which takes the form of a vast forest in Utah. Also called the Trembling Giant, the forest is made up of genetically identical quaking aspen, which grew from one massive underground root system. Pando is a wonder for this amazing feat — but also because it is both the heaviest living thing on Earth at 6,600 tons and probably the oldest living organism at over 80,000 years old. 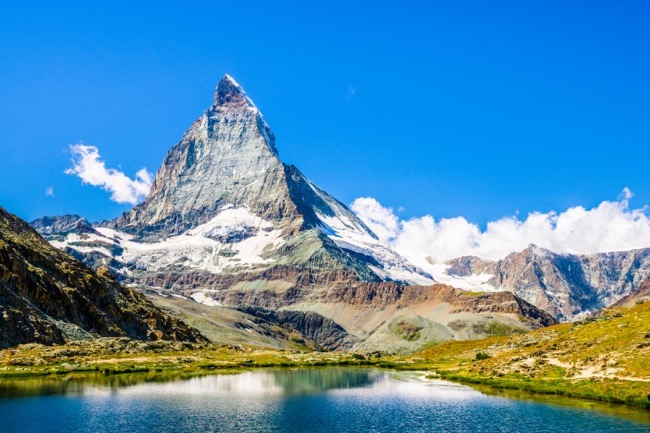 Most modern generations know the Matterhorn as a sled ride in Disneyland — but the Matterhorn is a real mountain between Switzerland and Italy. In fact, the Matterhorn was famous for decades as being the most difficult peak to climb, not just because it is among the tallest in Europe but also because it has four incredibly steep rock faces, each one pointing a different ordinal direction. You can visit the quaint Swiss town of Zermatt to learn about the Matterhorn’s history — or launch your expedition to climb it.

You’ve seen images of the Sahara as a vast, sandy wasteland — but you won’t understand the true wonder of this place unless you visit. The Sahara is the world’s hottest desert, a title earned with the highest temperature ever on record: 136 degrees Fahrenheit. It is also the world’s largest desert, and it was uncrossable for centuries, until people domesticated the water-wise camel. You can explore the Sahara several ways, via camel, quad bike, sand surfboard or foot.

About 60 million years ago, a volcanic eruption in what would become Northern Ireland and western Scotland formed a plateau of basalt, which fractured vertically and horizontally into structures that look, today, to be manmade. In fact, the plateau looks so artificial that the Giant’s Causeway, as it is now known, has long had legends ascribed to it. You should spend a day walking around this wonder and deciding for yourself whether science or magic made this terrain.