There are millions of people all around the world that would love to revolutionize their lives. And, there are various ways to make that happen. A career change might be enough to satisfy some consumers, but others will be interested in a more significant alternation. Some people would love to be able to relocate to another country.

Moving to a foreign land can provide you with a wealth of new opportunities and a renewed outlook on life. Before attempting to do so, you will need to learn about the immigration laws of said company and work with migration agents, so you can enter and reside in the country legally. Below, you will discover some of the friendliest migration countries in the world.

America
Over the past few years, America has become a haven for thousands of migrants. Some have been forced to flee their lands due to war, while others have settled in America to escape poverty. There are numerous reasons to migrate to the United States, but the majority do so for one form of betterment or another.

The good news is that America is full of migration agents, who are just waiting to help you obtain your citizenship. America is a beautiful country with friendly people and the jobs market is decent.
Whether you intend to remain temporarily or want to stay for the long-term, you’ll definitely enjoy your time in America.

Australia
Australia is one of the liveliest countries in the world and it is one of the most unique in terms of scenery. Australia has also become popular among migrants thanks to its thriving economy and budding jobs market. Those that would like to live overseas will first need to obtain the appropriate documentation.

Skilled migrants may be able to obtain a work visa, which will give the ability to live and work in the country for a certain period of time. Business owners, who would live to migrate to Australia, can be nominated by a local government to establish a business or invest in the country.

The Land Down Under is very inviting and the population has become more diverse over the past few years. Suffice to say, there has never been a better time to migrate to Australia. 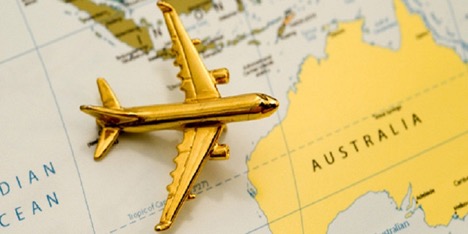 The United Kingdom
Over the past few years, the frequency of emigration to the UK has diminished to some degree, while the amount of immigration has climbed higher and higher. This has created a little bit of controversy regarding migrants wanting to enter the country. Although it may be a little difficult to migrate to the United Kingdom at this point in time, sticking with it and gaining your Citizenship within the UK will prove to be well worth it.

First, you’ll need to learn English. You’ll also need to pass the Life in the UK test. Living in the UK is worth the effort, since jobs are plentiful, the people are friendly, and you’ll be given the opportunity to explore some of the country’s most amazing attractions.

During your stay in the UK, you’ll be able to visit Big Ben, as well as the Palace of Westminster! Begin working today and you could become a UK citizen, before you know it!