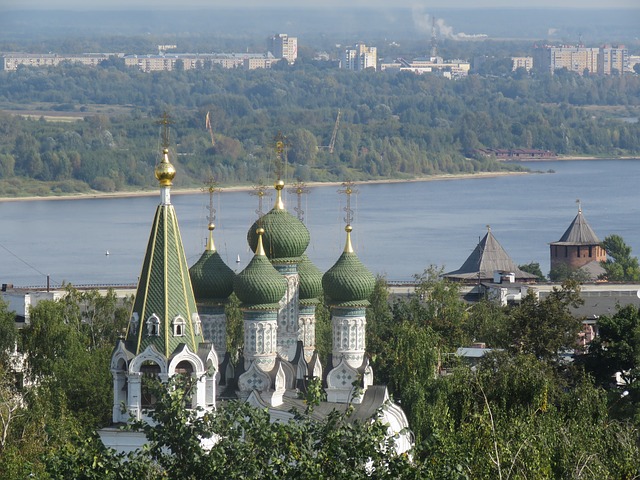 When people think about planning a trip to Russia, Moscow and Saint Petersburg are the two places that are most known. Of course there is more to Russia than those two cities, and the good news it that there are plenty of amazing places to visit that can be reached from either city by cruising the waterways.

Rather than just stay at a hotel and be bussed around, you can travel and stay on a cruise boat while seeing the best Russia has to offer. And cruising is a far more enjoyable experience than taking the bus.

Here are some highlights of Russian river cruises.

The capital of the largest country on earth makes for a worthy starting point for a trip to Russia. A visit to Moscow will give you a glimpse into the complex history of Russia as a country. The city boasts buildings from the Imperial Russian empire to the Soviet era and modern 21st-century attractions.

In Moscow, you will get to visit palaces such the Kremlin and the palace of Catherine the Great. These sights are contrasted by Soviet-era residential apartments and skyscrapers.There are numerous other places to visit such as the Bolshoi Theatre, Pushkin Museum, Tretyakov gallery, Tsaristyino Park and the eternal flame.

St Petersburg was built by Peter the Great in 1703 and it served as the capital of Imperial Russia until 1918. It boasts a multitude of places to visit. The historic center of the city has been designated as a UNESCO world heritage center. The other places to visit while you are here are Peterhof which is also called the ‘Russian Versailles’, St Isaac’s Cathedral, Hermitage museum and the Bronze Horseman

Located on the banks of the majestic Volga from which it gets its name, Volgograd is a fascinating place to visit. As the scene of one of the worst battles of World War 2 the city has many sites dedicated to the memory of the war. These include the Motherland Calls statue, the panorama museum of the battle of Stalingrad, and Pavlov’s house. There are other non-war memorial sights such as the museum of the Volga-Don canal and the central station.

Nizhny Novgorod is a city located on the banks of the river Volga. It has a rich history and is home to numerous places of historic interest. The Nizhny Novgorod Kremlin is built on the site where the Russian armies defeated an invading Polish army in 1612. The Kremlin houses the Cathedral of Archangel Michael and an eternal flame dedicated to the memory of those who fought in the second world war. While in Nizhny you can also visit the Chaklov stairs, Rukavishnikov Mansion, and the open air museum of wooden architecture where you get to see beautiful wooden churches and houses.

Kazan is a beautiful city steeped in history and culture. Having been in established in the middle ages the are numerous places to explore in Kazan. The Kazan Kremlin is magnificent and has a lot of interesting sights and buildings including the Qolsarif mosque within its walls. Other places to visit in Kazan include the Suyumbike Tower, Museum of 1000 years of Kazan, and Bauman street where you can sample different cuisines.

Located on Lake Onega, Khizi Island is not only scenic but it is also home to some of the most iconic buildings in Russia. The Transfiguration Church is a beautiful 22 dome church, and this architectural marvel is entirely made of wood. The building technique used allowed it to be constructed without nails. This church is part of the famous Kizhi Pogost that is a UNESCO world heritage site. And it’s not the only wooden church on the island. Many wooden churches were moved to the island from other parts of the region in the 1950s. The church of the Resurrection of Lazarus is another important sight to visit on the Kizhi island.

Samara is among the largest cities in Russia. The city has a 400-year history and provides travelers with many points of interest. Samara’s beach on the banks of the Volga is a beautiful and popular site for tourists and locals. The sights in Samara include the religious landmarks such as the St George Cathedral and the Iversky women’s monastery. Museums include the Samara Art Museum, Repin Museum, and the Alabin Museum. Here you can also find monuments such as the Ploshchad Chapaeva and Stalin’s Bunker.

Astrakhan is located on the Volga River delta close to the Caspian Sea. It has a rich history and was once the capital of a Tartar Khanate. It has been a Russian city from the 14th century. Astrakhan is a nice place to explore and is home to several historic sites of importance. The Astrakhan Kremlin is a beautiful fortress that was built after the conquest of Astrakhan by Ivan the Terrible. The Astrakhan State Opera and Ballet Theatre, Kryusha quarter, Astrakhan State United Historical and Architectural Museum and the serene Swan Lake are also highlights.

As you can see, Russia has many attractions that are accessible by river, which makes river cruising an ideal way to see the country in style.