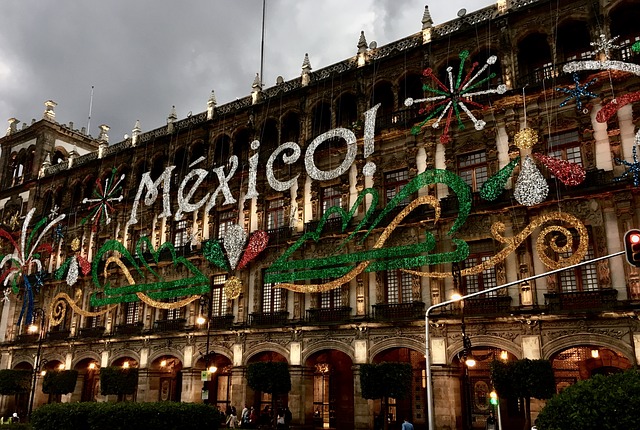 It’s a question many people ask, although the number of people asking it is getting smaller every year. “Is Mexico a safe destination?” Many people in the US and Canada who ask this are interested to learn more about medical tourism in Mexico. Procedures like a facelift in Mexico cost significantly less than in the US and Canada. But before you pack your bags, you want to be confident that Mexico really is a safe destination for medical tourism. So let’s explore some things that will show why that is the case.

First, let’s look at the overall safety of Mexico which applies to all tourists including medical tourists. Then we’ll talk a bit about why specifically medical tourists are safe as they get procedures done in Mexico.

Alright, here are some reasons why Mexico is a safe destination:

A Growing Number of Tourists Visit Mexico Every Year

In 2016, over 35 million tourists visited Mexico, which was around a 10% increase from the past year. And this has been a continuous trend for over the last several years. In fact, Mexico is one the ten most visited countries in the world. A country that wasn’t all that safe would not have such a healthy tourism industry and so many people visiting it every year.

Mexico’s Economy is Getting Very Strong

For many years, Mexico has benefited from increasingly better economic policies and governance. This has boosted free trade which in turn has enabled the country’s economy to evolve brilliantly over the years. In fact, medical tourism in Mexico is an important part of the country’s economy.

Consider the fact that 46 countries over the world have signed a tariff-free trade agreement with Mexico. And did you know that Mexico is one of the world’s few “trillion-dollar” economies? This increasingly healthy economy is a valid and strong indicator of the overall safety and stability of this country.

The dug-related violence is perhaps the most widely quoted reason for Mexico being unsafe. The reality is that many of the homicides in the country are related to drug gangs. These gangs focus on each other, and don’t target tourists. Almost none of the tourists are affected even in the slightest way by these activities.

So, while you may see wild depictions of violence in Mexico, often blown out of proportion in movies, TV shows etc. the average tourist to Mexico has a pretty safe and enjoyable time there.

Expatriates in Mexico Are Staying Put

A couple of decades ago, there used to be a mass exodus in the wake of economic turmoils, which also had a negative impact on the overall safety of the country as more people were out of jobs and crime increased.

Today, the situation is quite the opposite; not only non-Mexican residents continue to live there, an increasing number of people from North America request information on relocation to Mexico.

One example of this is Mexico’s role as a good neighbor to the US. And the US is also working closely with Mexico to improve the latter’s trade as well as security since that’s beneficial for the entire region. This certainly goes a long way in making Mexico a safe place to visit.

Alright, so all of the above reasons directly or indirectly help make Mexico a safe destination for tourists, including medical tourists. Now let’s see why medical tourism in Mexico in particularly is a safe idea.

While Saving a Ton of Money, You Can Get World-Class Medical Procedures in Mexico

Yes, the biggest reason medical tourists head to Mexico is the chance to save money, a lot of it. Let’s look at the cost comparison of a couple of popular procedures for which people travel to Mexico:

The best part is that whether you’re getting a facelift in Mexico or some other procedure, you don’t have to compromise on your health. It’s safe in that you’re not risking surgery in a sub-standard clinic. There are plenty of top-quality hospital and clinics in Mexico with brilliant surgeons and state-of-the-art facilities.

You can choose facilities like Jenny Bracamontes Blanco, Marroquin and Sandoval and Juan Gordillo and trust that you’ll be in safe hands as you undergo the procedure.

So, there you go. You now know Mexico is a safe destination for medical tourism. Thanks to all of the above factors, medical tourism in Mexico continues to grow and you can plan your medical holiday with confidence.