If you’re planning a UK break, you’ll quickly realise that you’ll have plenty of choice when it comes to booking a hotel. However, for those in search of luxury there are only a select few hotels throughout the UK that are certain to impress those with even the highest standards.

Below, we look at 5 of the most luxurious hotels in the UK: 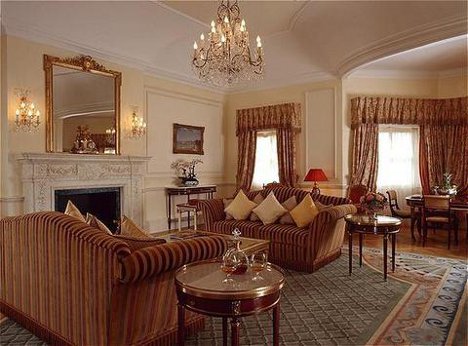 [Prince of Wales Suite at The Ritz in London]

One hotel that is synonymous with luxury is The Ritz in London. The five-star hotel in the capital’s West End district has a total of 135 bedrooms and suites, ranging from single-occupancy superior queen rooms to the opulent Prince of Wales suite.

Opened in 1906, you can enjoy contemporary cuisine and drinks at the hotel’s three dining facilities – the Palm Court, Rivoli Bar and the Ritz Restaurant – although you will need to adhere to the formal dress code.

You can also make use of a 24-hour private butler service, play a game of poker or blackjack in the casino and enjoy a massage at the Ritz Salon.

The Ritz is the only hotel to have been awarded a royal warrant by the Prince of Wales for services to banqueting and catering, so a luxurious stay is guaranteed every time you make a booking. 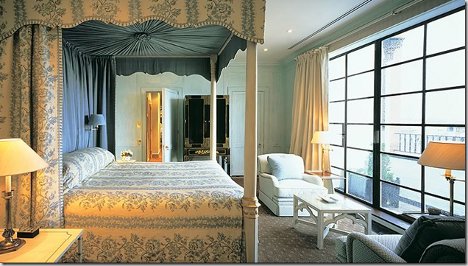 [The Davies Penthouse at Claridge’s in London]

An equally lavish hotel in London is Claridge’s, which is situated in the heart of Mayfair.

Rates start from £299 per night, with superior queen and superior and deluxe king size rooms all available.

Booking one of the hotel’s luxury suites (which include the Davies Penthouse and the Linley Suite) allows you to stay in accommodation decorated by some of the leading names in fashion and interior design including Veere Grenney and Diane von Furstenberg.

Whichever room or suite you book, fresh flowers, satellite TV and complimentary Wi-Fi will be at your disposal.

Numerous celebrities and heads of state have stayed at Claridge’s over the years, including American fashion designer Marc Jacobs and Audrey Hepburn, so who knows who you may bump into when staying there! 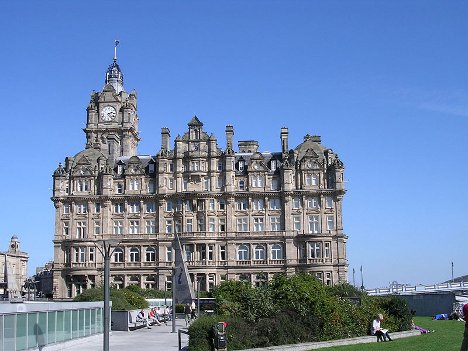 [The stunning exterior of the Balmoral Hotel in Edinburgh]

The Balmoral in Edinburgh is an equally fantastic luxury hotel. Located on Princes Street next to Waverley Station (the city’s main train hub), a stay here means that you will be in close proximity to many of Edinburgh’s attractions.

Indeed, most of the hotel’s 188 rooms and suites have views of Edinburgh Castle and the Old Town.

You will not be short of places to eat and drink at the five-star hotel, as you can dine at the Michelin-starred Number One restaurant and sample a range of whiskies and champagnes at the Bollinger Bar at Palm Court.

A single-occupancy room starts from £305, although you may prefer either the Royal or Presidential suites. Rates for these cost upwards of £1,300 and include a private dining menu and walk-in dressing rooms, among other facilities.

If you’re seeking a sense of luxury while visiting Newcastle you may want to consider Jesmond Dene House. Each of the 40 bedrooms and suites have been individually designed so no two look the same.

For a really comfortable stay book the Noble Suite. Here you can sleep in a super king size bed, while the open-plan suite also offers a walk-in shower, underfloor heating, private roof terrace and a spacious sitting area.

Contemporary cuisine can be sampled at the restaurant, which has been awarded three AA rosettes, with Rudyard Kipling and Scouts founder Robert Baden-Powell among the hotel’s previous guests.

[The Lowry Hotel in Manchester]

There are plenty of Manchester hotels to choose from when visiting the North-West but not many can rival the luxury on offer at the Lowry Hotel. The first five-star accommodation to be built in Greater Manchester, the hotel houses a selection of 158 bedrooms, six deluxe suites and the Charles Forte suite to choose from.

All the rooms and suites feature walk-in wardrobes and marble en-suite bathrooms, with many offering views over the nearby River Irwell.

However, the Charles Forte suite allows you to call on the services of a butler and private chef, while there will also be a baby grand piano situated in your room.

Staying here also puts you in a convenient location to visit some of the city’s main attractions, such as the Bridgewater Hall and the Whitworth Gallery, although your time may be taken up relaxing in the sauna or enjoying afternoon tea at the River Bar and Restaurant.

With so many luxury hotels to choose from in the UK, you can be sure of having an indulgent break no matter which part of the UK you visit.