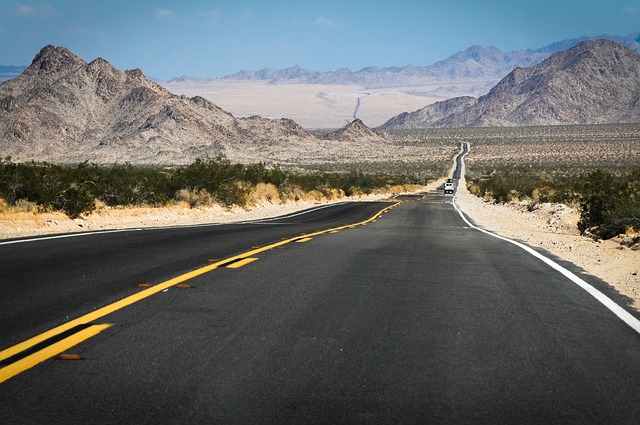 The notion of the great American road trip is etched into popular mythology. It conjures romantic thoughts of open roads stretching into epic landscapes, Route 66, Kerouac, vast expanses of cactus-studded desert, Easy Rider… I won’t go on – you’ve seen enough movies and read enough books. It will always be the case that the best way to see America, the only truly fitting way to see America, is on the road.

The only problem for those embarking on such a journey is where to go – there are so many intriguing routes through such a diverse landscape that, in truth, you’ll always end up wondering whether you’ve missed some amazing sight or experience. The best or at least most exiting policy might simply be not to plan – embrace the spirit of the open road and see where it takes you. Naturally you should do trip preparation such as getting your car serviced and bringing the right clothes. Also have some entertainment at hand if you are in the back seat on a long days drive. If you want some gaming fun the the penn casino online will keep you going.

If you’re planning on embarking on your own version of the great American road trip then here are some ideas to get you started. Of course it barely scratches the surface, so this is a rough guide to a few routes that we think deserve consideration for any American road trip itinerary.

Stretching from the rugged, mountainous landscapes of New Hampshire, skirting past the fringes of urban New York and Washington, through the spectacular, historically rich Shenandoah National Park and Blue Ridge Parkway right down into Georgia and the heart of the South, The Appalachian trail is an unbeatably varied, often breathtaking tour through the heart of Eastern America.

The quintessential American road trip, taking Route 66 genuinely represents a journey through American history. Of course, there is a degree to which the modern Route 66 experience has become as much a construct of hype and commercially motivated mythologizing, but hey, what could be more American than that! ‘

Famously dubbed “The mother road” by John Steinbeck, the legendary route cuts a diagonal swathe through 2000 miles of America from Chicago to LA taking in plenty of iconic scenery along the way. Vintage motels, diners, and gas stations all correspond to a romanticized vision of America that has become familiar to everyone.

The original Route 66 was actually decommissioned in 1985, to be replaced by high-speed Interstate highways; the old road has since been rechristened “Historic Route 66”. Despite the fact that it’s no longer possible to drive the complete original route much of it survives and is actually quite well-preserved in places. There are still few better ways to connect with an almost mythical sense of American national identity than by taking in a stretch of ‘The Main Street of America’.

There’s no better way to experience the diverse beauty of the Pacific coast than by driving along the coastal route Highway 1. Start off in the archetypal Southern California of pristine sandy beaches in Santa Barbara and wind your way up to the rugged, bracing coastline of the Pacific Northwest. This is the sort of coastal drive that seems familiar from countless car adverts – precarious, winding roads carved into cliff sides that overlook the vast Pacific Ocean.