There are very few cities in America that hold as much history as Boston. The city has numerous historical sites that can keep you occupied and entertained throughout your visit. Boston is also a joy to navigate on foot since most of the sights are located relatively close to each other. Below are some of the city’s most popular attractions. 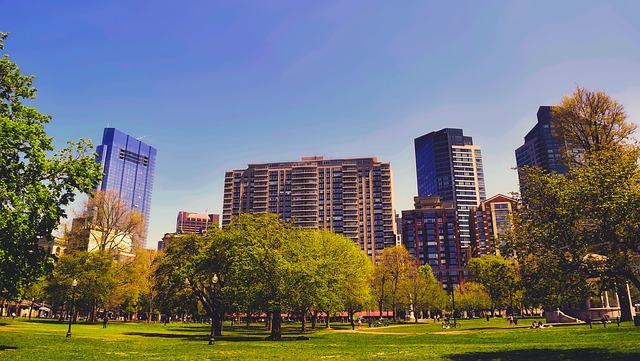 The Freedom Trail is definitely one of Boston’s top attractions. The 3-mile trail takes you from Boston Common to Bunker Hill and through 16 of the city’s most important monuments. Despite the relatively long distance of the trail, you can’t get lost if you follow the red line on the sidewalks and the footprints at the street crossings. Tourists can also get travel brochures at the Boston Common visitor center to guide them along the trail.

Highlights of the trail include the Old Granary Burying Ground, where founding fathers such as Paul Revere are buried; the Old South Meeting House; the Old State House, which is the oldest public building in Boston; and the site of the Boston massacre. You’ll also get to see Paul Revere’s house and the Old North Church, where strategically placed lanterns warned that the British were coming.

Popularly known as the Cradle of Liberty, Faneuil Hall is located in downtown Boston. Built in 1742 by Peter Faneuil, the hall was given to the city of Boston on condition that it would always remain open to the public. To this date, the ground floor still houses stalls, while the upper floors house the council chamber where revolutionaries once met. The fourth floor is home to the Ancient and Honorable Artillery Museum. You can get a bite to eat or shop for souvenirs in the numerous restaurants and shops.

Located across the Charles River, Cambridge is home to two of the top universities in the world: MIT and Harvard. Here you can see amazing architecture and an unbelievable range of restaurants and shops. You can stroll by Harvard Yard, which was featured in “Good Will Hunting,” and you can take in all the history on offer, like Tory Row, where a famed King George loyalist once lived. You can also visit Longfellow House, the former headquarters of George Washington during the Siege of Boston. Cambridge also makes a good place to stay with easy access to Boston.

Fondly known as America’s best baseball park, Fenway Park is one of America’s most iconic sports arenas and home to the beloved Boston Red Sox. Opened in 1912, the stadium has remained remarkably similar over more than a century, making it an interesting place to visit, even for non-fans. One of the stadium’s biggest attractions is the Green Monster, the large, green left field wall. Join one of the 50-minute stadium tours held every day, and then have a bite to eat or a drink at The Bleacher Bar, right under the bleachers.

Copley Square is the largest square in the Back Bay Area and is surrounded by a mix of historical and modern buildings. One of the better known iconic spots is Trinity Church, which features unbelievable murals, frescoes, and stained glass. Across the square is the Boston Public Library, which is America’s first public library. You can also find the finish line of the Boston Marathon down the block on Boylston Street.

Boston Harbor is made up of a mix of residential and commercial buildings connected by the waterfront Harbor Walk. The harbor features many parks and cafés, and you can explore it by water taxi or boat. Since the port is quite big, you should start your visit at the north end of the harbor near the Institute of Contemporary Art. You can also visit a replica of the Boston Tea Party ship, where you may be able to catch a re-enactment of the historic event.

The New England Aquarium beautifully overlooks Boston’s waterfront. It’s home to over 20,000 fish and an artificial coral reef that houses tropical fish and sharks. The aquarium also has a tank where guests can touch small sea creatures, such as crabs and starfish. Another major attraction at the aquarium is a live performance by harbor seals.

Boston has many things to do beyond its Revolutionary War sights. Visit Boston to experience the city for yourself.