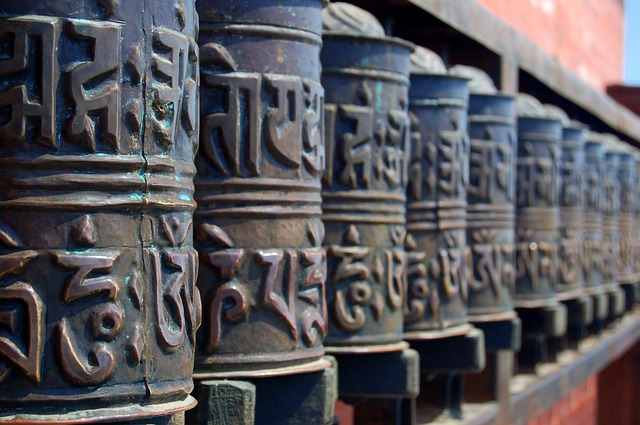 A small Himalayan country in the South East of Asia, Nepal is renowned all over the world for its beautiful mountain peaks and is visited by many travelers from everywhere for various adventures at all times. Geographically divided into three ecological belts- Nepal consists of fertile plain lands in the south, isolated valleys located snugly among chartreuse hills in between the northern mountains and the southern plains and amazing Himalayas towards its north. Because of this diversity in land form and climate, Nepal’s ecosystem and floral and faunal life is also rich and consists of many rare and endangered species.

Not only that, Nepal is also a multi-ethnic, multi-lingual and a multi-cultural nation and consists of people who follow different religions and have their own traditions and practices. With a rich history, Nepal is a country that embraces modernization and yet still has its roots firmly planted on its ancient and traditional ways of doing things. A landlocked country, Nepal is also the second-richest country in terms of water resources.

Divided into 7 provinces, Nepal borders China in the north and India in the south, east and west. Nepal is also the largest sovereign Himalayan state in Asia. Eight of the ten tallest mountains on Earth lies in Nepal, including the world’s tallest mountain- Mount Everest.

Kathmandu is the capital of the country and the city is also prominently known for its beautiful and unique Newa architecture and old buildings, palaces, temples and statues of gods. The birthplace of Lord Buddha- the Light of Asia, Nepal is a country that holds many religious sites and places pertaining to different cultures and religions. With parts of northern Nepal intertwined with cultures of Tibet, Trekking in Nepal is a great way to observe Tibetan Buddhist traditions.

The Valley of Kathmandu is the central hub of the country and was also known as “Nepal Proper” because of its complex urban civilization. A seat of the prosperous Newar confederacy, the valley was also known as Nepal Mandala. With the ancient Silk Road going through the Himalayan region of the country, it prospered because of the commercialization the route brought to the land; the Silk Road in Nepal’s Himalayas were dominated by the valley’s traders. The cosmopolitan region of the country has also developed distinct traditional art and architecture.

With the unification of the country from many small individual nations into a single kingdom by the Gorkha King Prithivi Narayan Shah in the 18th century, Nepal’s history consists of tales and legends of brutal battles for power spanning over several centuries. Nepal has never been colonized, but did serve as a buffer state between Imperial China and British colonized India in medieval times.

Trekking in Nepal is one of the most popular adventure activities to do. Many people from all over the world come to visit Nepal for trekking adventures. Because of its prominent Himalayan peaks and far-off destinations, trekking adventures in Nepal is a great way to experience the country’s remote locations and get acquainted with the practices and traditions of the people living at secluded region of the country.

Trekking in Nepal is a wonderful ordeal that encompasses all of the best elements of the region. Nepal certainly does not lack in destinations and has many regions that provide amazing trekking experiences. Regions like Everest, the region of Annapurna, Manaslu, Langtang and Mustang are some regions that are famous for trekking. Among all of them, the Everest region is the most famous one that sees thousands of visitors every year. One of the most popular trekking journeys on the planet would be the trek to Everest Base Camp, where visit to famous locations like the Namche Bazaar, Tengboche, Kalapatthar and Dingboche are done. Annapurna region is considered as the most beautiful region for trekking.

The Langtang Valley on the other hand, offers glacial river landscapes and beautiful alpine terrains. Manaslu region is famous for its ethnic villages and Mustang region would be the most different and unique trekking region because of its topography of dry arid lands and corroded hills. Mustang is also one of the last places on Earth that still has the preservation of ancient Tibetan Buddhist cultures in its finest form that has been in practice for centuries.

There are many more off-the-beaten-paths treks that can be done as well that offer trekking at extremely isolated locations in the country. Perhaps one of the best elements of trekking is the cultural aspect. Trekking routes go through many ethnic villages and far-flung settlements, making it easier for travelers to get to know about the indigenous mountain people and their way of life. It is also a great way to look at and view cerulean mountain peaks, the likes of which cannot be found anywhere else on the planet!

Hiking is a great way to relieve the stress of everyday life and get close to nature every once in a while when the pressure of monotonous every-day life becomes a bit too much to handle. Nepal has many hiking sites where people can go to be close to the natural environments and have a leisurely stroll along woodlands and vantage points.

The Kathmandu Valley along has many hiking sites easily accessible from the city. Places like Nagarkot, Chisapani, Sarangkot and Kakani all have wonderful surroundings that are peaceful and tranquil. From Nagarkot, for example- one can view the sights of the eastern Himalayas. The amazing tranquility of the hiking trails around the periphery of the city is a great way to relieve stress and be one with the land.

Hiking is also a great option if one has a short amount of time to spend here. The easy trails of the hiking route are suitable to do by everyone and are a perfect way to get a bit of an exercise as well. The hikes also include temples and monasteries one can visit.

Peak Climbing is an extreme adventure that pertains mostly to mountaineers. It is similar to trekking but has a lot more thrills. Peak Climbing, as the name itself suggests, is an adventure where climbers go all the way to the summit of the peaks. There are numerous climbable peaks in Nepal that provides amazing climbing experiences.

The climbers also require certain climbing equipments for the journey too, like crampons, ice-axes, harnesses and ropes. Famous Peak for climbing include the Mera Peak, the Island peak, the Pisang Peak, Lobuche Peak and the Peak of Naya Kanga among many others. The reason it has similarities to trekking is because Peak Climbing also includes visiting villages and going through beautiful terrains before climbing to the peak.

The views and sights of the surrounding mountain peaks are spectacular and the wide expanse of ice and snow while climbing provides an environment that is the epitome of alpine beauty.

Nepal is a country that has a unique take on art and architecture. Many temples and religious sites have a very opulent history about them and see thousands of visitors and pilgrims every year during festivities and celebrations. Cultural Tours in the country mainly includes excursing to the three main old cities of the Kathmandu Valley- the city of Kathmandu, Bhaktapur and Lalitpur.

All of these three cities have amazing old architectural integrity and the perseverance of old Durbar squares and temples that are the reminiscent of medieval times. All of the three Durbar squares are listed on the UNESCO World Heritage Sites List and present old palaces, buildings and temples that are decorated with intricate architectural designs carved in wood, metal and stone.

Aside from the Durbar Squares, the Cultural Tours also include visiting famous Hindu and Buddhist temples like the Pashupatinath, Bouddhanath and the Swyambhunath. Lumbini is also a famous cultural destination, being the place where Lord Gautama Buddha was born.

The art, culture and architecture of the country is unique and possesses designs like the Pagoda, the chaitya, the Bihar and the Gumba. Kathmandu Valley also has a very rich prominence of the Newa architecture that includes old buildings built with red bricks. Cultural Tours in the country is a sublime affair and a great way to know about the country’s history.

Because of Nepal’s diverse topography, the country also has a diverse biodiversity. The country’s difference in elevation and climate results in a variety of biomes. The woodlands of the country are a home to a mass amount of different rare and endangered species of floral and faunal life.

The avifauna of the country is also extremely impressive. The national parks also have ethnic villages within their acreages, along with many natural elements like massive and prominent lakes and glacial rivers. It is a great way to relax and look at sights of animals in their natural habitat.

Nepal has many rivers that originate from mountains and flow to join the big oceans. The white waters of the rivers are perfect for rafting. Nepal is also quite famous for River rafting. Rivers like the Trishuli, the Sun Koshi and the Kali Gandaki among many others see a lot of people rafting in their waters.

It is an adventure that presents massive thrills and amusements. White River Rafting is also a great way to enjoy the natural environments of the land as well. The fast and turbulent rivers make for a great rafting experience.

Nepal also offers various other miscellaneous adventure activities to do in the country, like Paragliding, rock climbing and bungee jumping. Because of the beautiful natural sceneries, these adventure activities become more enchanting and exquisite. Pokhara is a famous adventure-spot of the country where many people visit to do activities like these, along with boating on the pristine Fewa Lake. Thrilling and winsome adventures are the staple of visiting Nepal.

There are many more activities to do in the country and many other destinations and regions to visit. The natural, cultural and environmental pulchritude of Nepal is simply too huge and too beautiful to describe in mere words. Nepal truly is a perfect destination to visit for a vacation or a holiday. For well-rounded travel and tour packages all over Nepal, you can also visit Nepal Hiking Team.