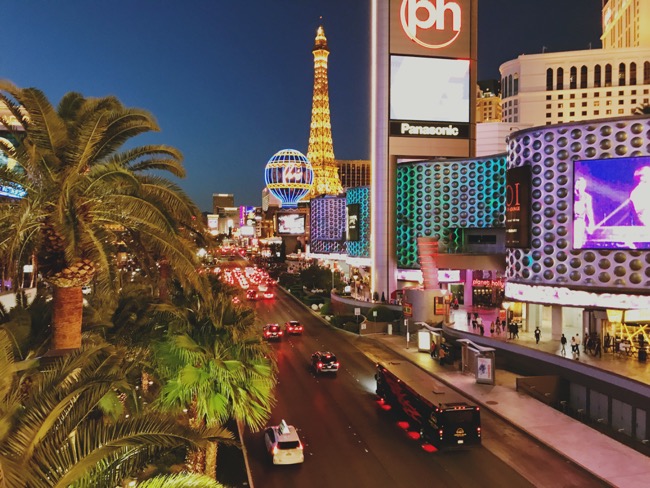 Las Vegas is often referred to as the entertainment capital of the world. The city is bustling with entertainment complexes and leisure facilities, making it a favourite for tourists, whilst world famous casinos make it a must-visit for gambling enthusiasts.

Of course these days places like Vegas have online competition, just like retail malls compete with online stores. Sites like Bao Online Casino offer slots and table games, as well as crypto games. They also offer a welcome bonus of up to €300 or 1BTC, making the case for gaming in the comfort of your home even greater.

With such online competition, as well as competition from places like Macau (the Vegas of the East), the hotel casinos in Las Vegas have had to lift their game to entice and keep visitors.

Las Vegas Boulevard, otherwise known as ‘The Strip’, is a Mecca of entertainment. The 4 mile section of road is home to some truly breathtaking hotels and structures, each with their own unique theme that is certain to wow guests. Here are some of the top resorts on the strip.

This hotel is both one of the most noticeable and unmissable on the Las Vegas strip. A 105 meter pyramid of black glass juts out from the skyline, further highlighted at night time by the world’s brightest beam shooting directly out of the point of the pyramid. The hotel has over 4000 rooms, while its interior atrium is the largest in the world. Looking out from one of the rooms from the top of the structure will give a breathtaking view of the interior – a small Egyptian town within the walls.

Widely considered to be the father of modern day Las Vegas, The Mirage was the most expensive hotel ever built when it opened in 1989, with a construction cost of some $630 million. The hotel has a number of attractions within its grounds. The Siegfried and Roy Secret Garden is home to a number of very rare white Tigers and Lions, whilst the 20,000 gallon registration lobby aquarium houses 90 species of shark, puffer fish, and angel fish. Outside the hotel is an artificial volcano that actually erupts periodically throughout the evening!

The MGM Grand is the world’s largest hotel, with over 5,000 rooms, and it is also home to the biggest casino in the whole of Las Vegas. Walking into the 16,000 square meter casino is a quite breathtaking experience, as slot machines and gaming tables stretch to as far as the eye can see. The hotel is also home to a lion exhibit, and a Studio 54 nightclub.

Located just across the road from the MGM Grand, the New York – New York is billed as ‘The Greatest City Inside Las Vegas.’ The hotel features a reproduction of the New York skyline, with buildings such as The Empire State Building and the Chrysler Building as well as a 150 foot scale replica of The Statue of Liberty. Within the resort particular gambling areas, bars, eating areas and meeting rooms are named after New York neighbourhoods, the hotel also has a roller coaster within its grounds.