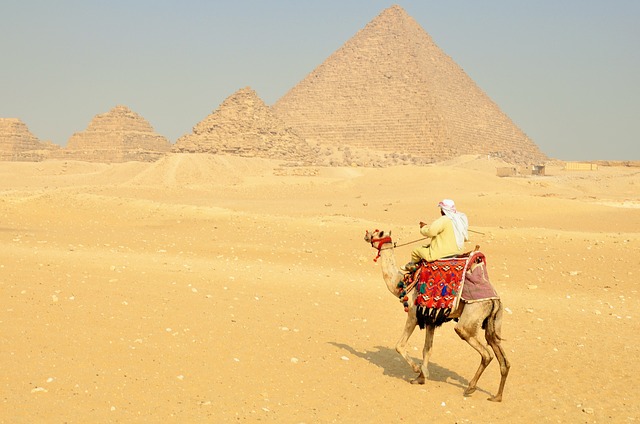 The Pyramids of Giza are easily one of the top travel destinations in the Middle East. When you arrive, there are four obvious sites to visit: the Great Pyramid (the Pyramid of Khufu or Cheops), the Pyramid of Kafre (or Chephren), the Pyramid of Menkaure (or Mykerinos), and the Sphinx.

However, visiting the pyramids is about more than just seeing them, snapping a few photos, and leaving. When you go, make sure you don’t miss the best parts. Whether you’re booking a tour or traveling on your own, here’s what you must see:

Located to the east of the pyramids is the Giza Eastern Cemetery. While it may not be quite as impressive as the great pyramids that you’ve already seen, it’s still worth a look!

This region contains the tombstones (called mastabas) that contain members of Khufu’s sons, daughters, and most important officials. It was considered a huge honor to be buried here. The largest of the mastabas belongs to Prince Ankh-haf and is in the northeast corner of the cemetery.

A mastaba is an ancient rectangular tomb common for Egyptian royalty that had sloping sides and a flat roof. They range in height from 17 to 20 feet and include an underground burial chamber with rooms above where family members and worshippers could store offerings.

The village stables are located next to the Sphynx parking lot. Here, you can not only view horses and camels that are used regularly for transportation in this region, but also book a ride on one of them. They’re kept in great condition, offer gentle rides, and come with excellent guides of the area. Go around sunset for the best views of the pyramids.

Not only were the ancient Egyptians legendary architects, but they were also voyagers. When the east and south sides of the Great Pyramid were excavated in 1954, archeologists discovered five deep cavities containing boats.

Before traveling to Giza, book tickets to the impressive sound and light show. Here a brightly lit Sphynx tells the story of the pyramids and the ancients who built them through a sound recording.

The Western Cemetery of Giza, located on the western side of the Great Pyramid, is a little less impressive as it contains no royalty. Instead, it houses staff members of the royal house and high state officials, an important ritual in ancient Egyptian history.

A favorite spot for tourists is the Tomb of Senedjemib-Inti. At the entrance are huge columns that are covered in hieroglyphics. The colors and designs are lovely and contain boundless history.