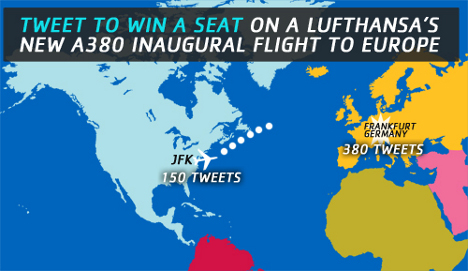 STA Travel has partnered with Lufthansa to offer you the chance to win a seat on Lufthansa’s inaugural A380 flight from New York to Frankfurt, Germany on February 28!

Tweet that and you are entered. Everyone who tweets is entered to win the exclusive seat.

From: Tweet to Win a Seat on Lufthansa’s Inaugural A380 Flight to Europe.