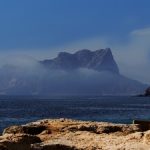 Translated as the ‘White Coast’ in English, the Costa Blanca is widely regarded as one of Spain’s tourism gems. Situated along the Mediterranean coast of Spain, the Costa Blanca is dotted with fascinating cities and towns, many of which scream for tourist attention. The Benissa and Moraira municipality contains a splendid array of villages and […]