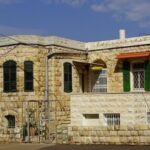 Haifa, the third-largest city in Israel, is based on the slopes of Mount Carmel with the Mediterranean Sea and Bahai Gardens view. It is famous for its mixed population of Arabs and Jews who have influenced the culture of the area. Aside from Bahai Gardens and museums, Haifa is also famous for its German Colony. […]